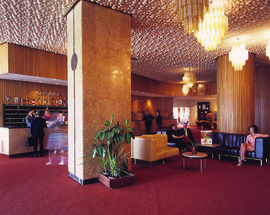 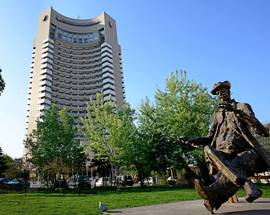 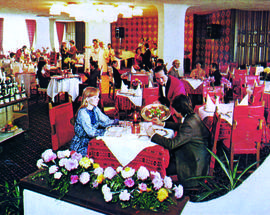 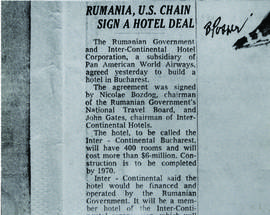 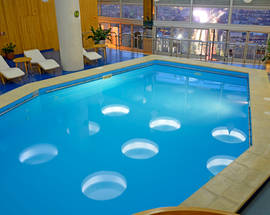 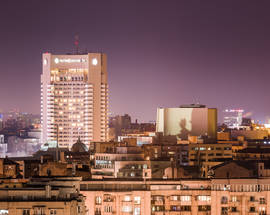 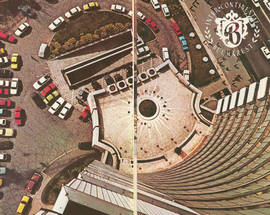 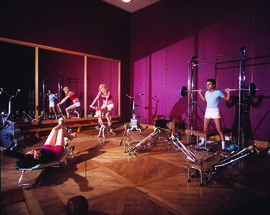 It was Bucharest's first skyscraper, and for more than 30 years the tallest building in the city. A starring role in the Romanian Revolution and the subsequent chaos of the mineriada made it one of the most immediately recognisable hotels in the world. Journalists still feel a pull to the place when in Bucharest, as if staying anywhere else will mean they miss the big story. Its swimming pool is on the 22nd floor, and perhaps the best-loved Romanian comedy film of all time, Nea Marin Miliardar, was filmed in its vast Imperial Suite.

The story of Bucharest's InterContinental hotel begins in the 1960s, when Cyrus Eaton Jr. - representing the Cyrus Eaton Corporation - arrived in the city. In those days, there were not too many hotels in Bucharest and legend has it he ended up sleeping in a hotel lobby after failing to find any accommodation. The need for a large, luxury hotel was clear and the idea of the InterContinental was born. (Eaton Jr. - who had a talent for cutting through red tape - would go on to make something of a career out of opening hotels in socialist countries during the 1970s, including the Sheraton Grand Balkan in Sofia).

Construction of the hotel started in 1968, following the designs of four Romanian architects: Dinu Hariton, Gheorghe Nădrag, Ion Moscu and Romeo Belea; the project included also the building of the National Theatre. All the constructors and engineers were Romanians and the building was finalised in just three years.

'It was the favourable political conditions of the 1960’s which made it possible for the InterContinental chain to open a hotel in Romania,' says Romeo Belea, one of the architects of the hotel. 'In partnership with the chief architect of Bucharest, I started to study some locations for what would be the first big-name hotel to open in the city. Initially we designed the hotel much as it is: all three wings as three bananas, only longer and much smaller.'

'I proposed as locations Kiseleff Park and Piata Unirii, both of which would now be considered inappropriate. It was InterContinental representatives who came upon Piata Universitatii and that's where we built it: on the site of a former travelling circus and a traditional grill house called La Zisu.

'There were a lot of technical standards to follow, especially as we were about to build the first skyscraper in Romania. One of the requests we had was to design a building which would offer guests a unique and memorable perspective over the city from any room or angle. The pool on the top of the hotel – 22nd Floor and the facilities on the 21st Floor (a restaurant with a kitchen and a lounge) were the ultimate luxury at that time and they are still unique in Bucharest.'

'The InterContinental was opened during a promising political period in which the dictator Nicolae Ceausescu was trying to move away from the Soviet Union,' said George Opris, Rooms Division Manager at the hotel from 1971 to 1996. 'To coincide with the opening of the hotel Pan Am launched flights to Bucharest, and brought in our first guests: a plane full of American tourists. Back then, a single room cost US$18 and a double US$23.'

'You felt special working there,' said Elena Burghelea, a former housekeeping manager. 'The InterContinental was a Western oasis in a communist world. When I came to work, it seemed as though I was actually entering in a different world; communist Romania was not there anymore.'

Iulian Stanciu, a chef working at the hotel when it first opened, remembers one of the most popular dishes was a crayfish tail salad.

'Our foreign guests were pleasantly surprised about the range of dishes we offered and the taste of the local fruit and vegetables. Everything we were using as ingredients was fresh and locally produced. The most appreciated dish was a cocktail made of crayfish tails, fresh salad and Calypso sauce. It sold for 17 lei (US$1.50 at that time).

The InterContinental currently operates 257 rooms (from a total of 423, the rest are undergoing renovation). The biggest is the enormous, 240 square metre Imperial Apartment. It features a master bedroom – the Imperial bedroom - and a secondary bedroom for companions. The Imperial Apartment's main windows look down to Piata Universitatii from where the VIP guest has a unique perspective over the city centre. In the living room, there is a white Steinway & Sons piano, unique in Bucharest. The lights are made from Murano glass and the main bathroom includes a Jacuzzi and private sauna. Hundreds of heads of state and stars of sport or entertainment have stayed in it, from Bjorn Borg to Queen Sofia of Spain.

During the Romanian Revolution of December 1989, the hotel was the preferred base of the foreign press. Its spectacular view over city offered them the opportunity to film from their balconies. The pictures they recorded of fighting on the boulevard below were sent all over the world and heralded the end of the Ceausescu regime.

A telex received on January 5, 1990 from the InterContinental Hotels' board congratulated the employees of the hotel - who had remained in post throughout the dramatic goings on taking place in the city - for the 'excellent level of services offered to guests during the recent events in Romania. Located at the heart of the revolution, the hotel worked efficiently, gaining the gratitude of the international press.' This is the main reason visiting journalists continue to make the hotel their home when in Bucharest.

B-dul Nicolae Bălcescu 2-4
EDITOR'S PICK
/bucharest/intercontinental_14162v
The first skyscraper to be built in Bucharest (from 1968-71), this is still the tallest hotel in the city (complete with a swimming pool and – during the …
see more
Editor's pick
Historic Buildings

B-dul Nicolae Bălcescu 4 (InterContinental)
featured
/bucharest/corso-brasserie_31488v
Occupying perhaps the very best location in the city centre, with views on to Bucharest's busiest street and square (Universitate), this is a gem of a …
see more
Featured
Italian

Str. Batistei 9 (InterContinental)
featured
/bucharest/modigliani-pastacarne_31489v
The InterContinental is one of very few hotels in Bucharest which really does go the extra mile to make sure that us diners are kept happy, and this amazingly …
see more
Featured
Upmarket Bars

B-dul Nicolae Bălcescu 4 (Hotel InterContinental)
featured
/bucharest/intermezzo-piano-bar_31496v
Legendary and rather historic hotel bar in the lobby of the Inter, which was a den of iniquity and intrigue during the communist period, all spies and …
see more
Featured

Romanian Revolution & The Mineriada feature
Five Must-See Attractions near Bucharest feature
So where am I exactly? feature
see more