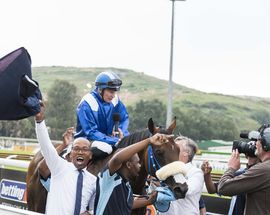 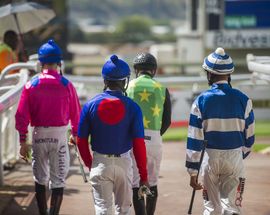 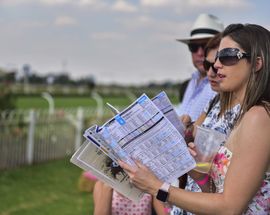 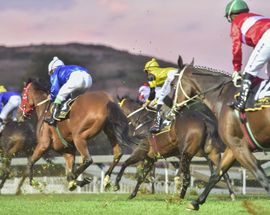 Spend a Saturday at Turffontein racecourse and you can’t but help be impressed that you are taking part in a ritual just about as old as the city itself. Of course the Sport of Kings long predates the city of Johannesburg’s founding in 1886 in the wake of a gold mining boom, but the tradition of going to the races just a few kilometres south of Johannesburg’s city centre started in 1887 and has been mostly uninterrupted ever since.

Today Turffontein hosts more than 40 race days throughout the year which include the prestigious Summer Cup, and the Triple Crown held between March and May – three races that are considered the greatest accomplishment to win in thoroughbred horse racing whether you are racing in Dubai, Sydney, Hong Kong or a host of other cities across the globe.

From the grounds of Turffontein up into the stands and onto the City Deck where you get a commanding view of Joburg’s skyline towering in the shimmering distance from your private table, there’s a palpable thrill when those horses come down the straight of the track. They’re straining to win, their jockeys bodies tensed and seated in mid-air, the rush of words tumbling from the loudspeaker as the commentator deciphers who’s coming where while the murmurs of the crowd grows steadily into a roar as they egg the riders on in the race’s final seconds.

For the novice there’s fun in trying to work out the complex algorithms of horse racing – looking at the numbers of the horse’s wins, the jockey’s record, the trainer’s background, the position in which the horse is running (inside is said to be best), the odds on winning blinking on the huge screen that overlooks the course. And then there’s the other way of deciding on your favourites – the horse’s name, the owner’s name, the colour of the jockey’s shirt, even the interesting patterned haircuts on the horse’s rump as you watch them being led past before heading to the starting gates. There’s victory parades and much jubilation as each race – and there are many throughout a race day – has its winner.

With single bets starting from under R10 you can get far on R100. And even if you’re just there to watch, Turffontein itself is a fun destination with plenty of open green space and places to seat the family plus attractions for kiddies and even a big screen televising other important sports events. On the day we visited the Soweto Derby – the legendary showdown between giants of South African soccer Orlando Pirates and Kaizer Chiefs was a popular attraction with fans dividing their time between the game, the races and the gin festival being held near the racetrack.

Dressed down or dressed up (it’s fun, we recommend it), with a big budget or a small one, there’s fun to be had by attending a day at the races. And who knows, that horse you bet on for a win might even make it to the finish line.

Find out more about race day events at Turffontein and book your tickets online at itsarush.co.za