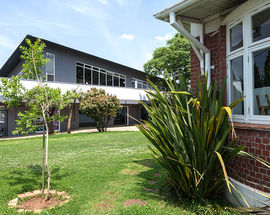 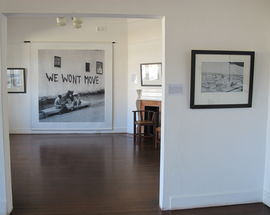 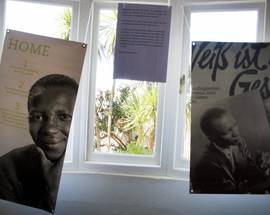 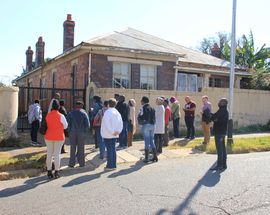 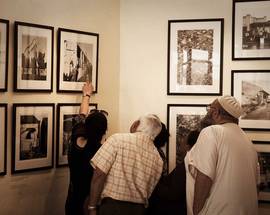 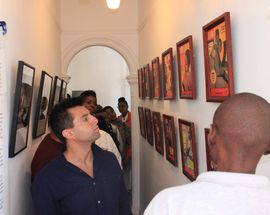 Transkei-born Dr Alfred Bitini (AB) Xuma was a medical doctor who later became president of the African National Congress. His Sophiatown home was built for him in 1934, and was one of only three structures left after the Apartheid government razed the multi-racial suburb in 1955 to build the whites only Afrikaner suburb of Triomf (Triumph).

On a cold winter's morning in 1955 some 2000 police officers arrived in Sophiatown and began forcibly removing people from their homes, throwing their belongings onto trucks and bulldozing every building that lay in their path including public buildings such as cinemas and shops. The intention was to crush the spirit of Sophiatown and forcibly move its multi-racial residents, a mix of coloured (mixed-race), black, white, Indian and Chinese South Africans, into new racially segregated townships.

Today Xuma’s home is a monument to his life and the heydays of Sophiatown during the 1950s when the vibrant suburb produced musicians and writers such as Hugh Masekela, Dolly Rathebe, Miriam Makeba and Can Themba with extensive photography exhibitions showing life in Sophiatown before and after the forced removals and testimony from residents past and present.

The house also contains the remnants of Sophiatown quite literally. Among its most heart-breaking exhibits is the moving Forced Removal display, containing in everyday objects found buried in the gardens of the whites-only suburb of Triomf, the traces of lives so cruelly and quickly wrenched away.

Sophiatown The Mix is the first new community space to be built in Sophiatown since 1955, and features many community development programmes such as the Sophiatown Academy of Music, and Sophiatown BizCre8, a small business incubator that assists young entrepreneurs from conception to commercial viability. The centre also boasts a multi-purpose "green" centre, made with eco-friendly materials and a viewing deck with a bird's eye view of Joburg.

SOPHIATOWN JAZZ ENCOUNTERS
Sophiatown The Mix also encompasses a contemporary community centre building which is available for hire for all kinds of events (up to 160 guests). It is also used as the venue for the twice monthly Sophiatown Jazz Encounters event, a celebration of local jazz talent in an intimate venue. The event brings together jazz legends such as Hugh Maskela and emerging artists, to interact and keep the jazz spirit in Sophiatown alive. Tickets for these jazz events cost R120 and you can bring your own drinks (booking is advised, email jazz@sophiatownthemix.com to book).

25 14th St, Pageview
/johannesburg/fietas-museum_132371v
In the 1970s the apartheid government began the demolition of the once bustling Fietas neighbourhood (now known as Pageview). The busy market street, which was often compared to the famous Petticoat Lane in London, fell silent as its traders were forced
see more

31.01.2015
Tricia
London, United Kingdom
Very personal encounter with the history of Joburg through Sophiatown&#39;s story. Intimate jazz venue and lovely friendly staff. Book in advance &#045; even just a few hours before to get the best from a visit. They will open especially for you if you have a group, to suit your itinerary. Marvellous!
Take your guide with you Download a pdf