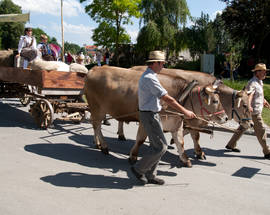 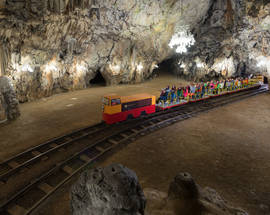 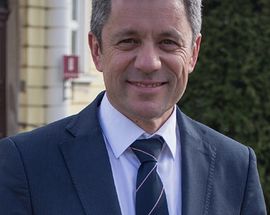 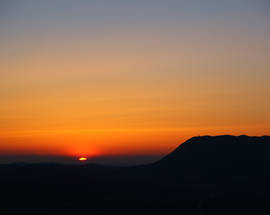 With less than 10,000 inhabitants Postojna is barely one of the 20 largest towns in Slovenia, but arguably none are more well-known throughout that world (including the capital Ljubljana) than this relatively nondescript settlement in the southwest of the country that wasn't even officially recognise until 1909. The reason of course it not so much the town itself, but the amazing network of karst caves that lie just below its surface. First opened to the public in 1819, the world-famous Postojna Cave is said to have attracted more than 36 million visitors over the past two centuries, with one of its first being Austro-Hungarian Emperor Francis I the year before it opened.

If this were not enough, Postojna is also blessed with another popular sight in its immediate vicinity, the magnificent Predjama Castle located some 11km to the northwest of the town centre. Built in the 13th century and partially situated under enormous natural stone arch, it's not only a fine castle in its own right, but also sits atop another tourist cave and is also associated with several fascinating legends.

While the vast majority of visitors come to Postojna just to see one or both of its star attractions, with three proper hotels and many other guesthouses and private accommodation options located in and around the town, it makes a good base for exploring parts of central Slovenia as well as the Karst region that extends towards the Adriatic Sea and Italy - Trieste actually being closer to Postojna than Ljubljana (35km and 54km away respectively).


A word from Postojna's mayor

Postojna is best known and recognised around the world for one of the greatest underground treasures, Postojna Cave. The first to stumble upon it is said to have exclaimed: “This is a new world! This is paradise!” It has been among the ‘wonders of the world’ ever since. Of course, Postojna Cave is not the only magnet for visitors. Along with it, numerous other small and large attractions are hiding, waiting to be discovered. As proud residents, we are thrilled to show them off. We would gladly show you our sun-blessed and bora wind-swept home and what great treasures are here.

Visiting us, you will have a unique and unforgettable experience. We have something for everyone, both secrets and answers. Would you like to relax? Would you like to learn? Would you like something to get your adrenaline flowing? Then this is the perfect destination for you! With our several thousand year history, mysticism, legends and great visitor attractions, we await you with joy and open arms. The experience will be what you make it!

We look forward to meeting you.

Top 12 Most Instagrammable Places in Slovenia feature
Carnival in Slovenia: Kurentovanje, Pust v Cerknici & More Culture & Events
Slovenia's Summer of Festivals Culture & Events
see more
This site uses cookies. By continuing to browse the site, you are agreeing to our use of cookies. Find out more here. AGREE
Countries
Top