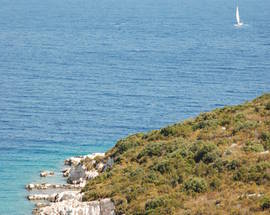 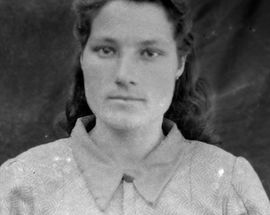 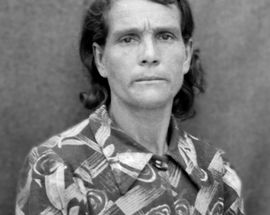 Dinko Božanić organized an interactive exhibition of 40 photographs at the Komiža public reading room on Easter 2010. A pen and paper was provided next to each photo so that visitors could write down what they knew about the people in the photos. Anecdotes, jokes, hobbies, professions, and stories of all description were written down in addition to basic information, such as name and address. The result exceeded all expectations and became the unforgettable project “Forgotten Faces of Komiža”. This is how it all began…

Back in 1982, Tonko Stanojević Mire from the island of Vis, came across a trunk at the local landfill which contained roughly three hundred negatives of the portraits of unknown individuals. Tonko decided to take the trunk home and save the undeveloped photos from a tragic fate. The negatives changed hands over the years and it wasn’t until exactly a quarter century after their discovery that they found their way to Dinko Božanić, a local filmmaker based in Split. Dinko diligently scanned the old damaged negatives for two years; all the while searching for the photographer of the forgotten photos. He finally discovered that a man from Split, Jerko Fabris (1914-1998), ran a photography studio in the town of Komiža during the 1930’s. Dinko realized that this was only the beginning of his search: his goal was to find out the identities of the people in the photos. But how was he going to get that information? The only way was to ask the people of Komiža themselves.
Of the forty photos that comprised the exhibition, only two remained nameless and four turned out to be still alive. The interactive aspect of the exhibition enabled the locals to get a better picture of the history of their island, and consequently forced them to look at themselves: for better or for worse. The flood of anonymous information cobbled together from the exhibition’s visitors drew some unexpected backlash from some of the subjects’ relatives. One woman was disparagingly described as flirt who “loved men” and whose unfortunate nickname reflected her penchant for standing around and attracting the attention of local men. Božanić found that the most startling thing was that instead of garnering information on family relations, property, jobs, or good deeds, people chose to remember quirky anecdotes or bizarre details instead. Information such as having a sweet-tooth, or that they always carried a comb, or even had a nice donkey.
The majority of the people in the photographs emigrated to either California or Australia in the years leading up to and following the Second World War. Keeping in mind that the small town of Komiža had seven sardine packing factories at the beginning of the 20th century, it’s not surprising that the vast majority of the people were identified as having worked in the canning industry. This also showed the impact that the fishing industry had for the island and the whole of Dalmatia.
The “Forgotten Faces of Komiža” is an interesting social commentary on the collective fate of Dalmatia during the 20th century; accurately depicting the tragic and comedic spirit of the area.
Insider tips by locals

Dinko Božanić - Senior Assistant at the Split Academy of Art (UMAS) in the Film department, author of the exhibition ‘Forgotten Faces of Komiža’