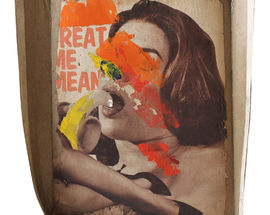 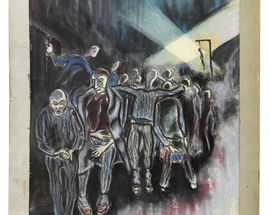 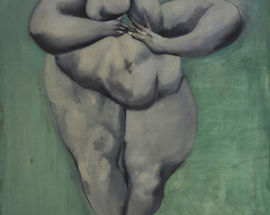 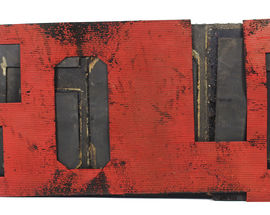 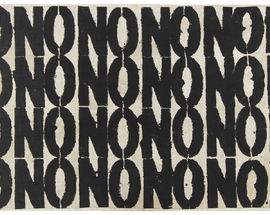 A native of Leningrad, a prisoner of Buchenwald, a representative of the new York avant-garde of the 1950s — 1960s, co-founder of the No!art, Boris Lurie gropes the painful points of modernity: from crimes against humanity to the reflection of sexuality in the mass consciousness.
Lurie’s early works were figurative and expressionist-like; he also experimented with gestural abstraction, only to feel deep disappointment in abstract art, which was steadily integrating into the art market. Together with other young artists, Lurie tried to resist market influence by working with the March Group Gallery, built on a cooperative basis. His collages tend towards to pop art in an attempt to overthrow abstract expressionism, with its idea of transcendental universals. However, unlike pop artists who focused on politically topical and even criminal events (Andy Warhol, Edward Kienholz), avoiding immersion in the direct experience of the tragic, Lurie, as a concentration camp survivor, touches upon the most sensitive, problematic and hot issues: Nazi crimes against humanity, the reflection of sexuality in mass consciousness, the devaluation of the physical (not to mention the spiritual) in a consumer society.
Boris Lurie criticizes the entire “image of the world.” Increasingly, he begins to inscribe an unambiguous resolution “NO” across his collages and objects. Lurie’s “NO” has the energy of direct action. In the early 1960s, an informal trend called “NO! Art” took shape, led by Boris Lurie and artist Sam Goodman.

Nevsky pr. 17
/st-petersburg-en/stroganov-palace_141112v
In the west, the fame of the Stroganov family largely revolves around their christening of a dish comprised of cream and brandy. They were, however, at one …
see more