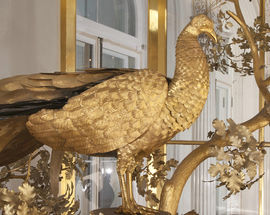 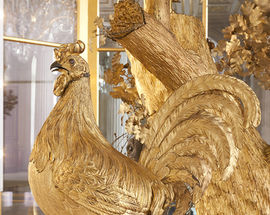 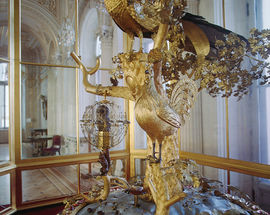 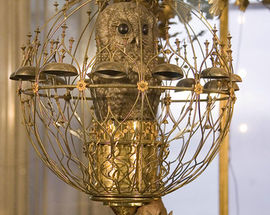 The Pavo Clock is one of the most famous exhibits of the Hermitage. This amazing mechanism was created by goldsmith James Cox and German watchmaker Frederick Jury specifically for Catherine II in XVIII century and, surprisingly, it still works!

Museum workers set this fabulous composition of birds and animals in motion every Wednesday — not only to entertain the public, but also for preservation of the old mechanisms. The action starts at 20:00, but you'd better get closer to the exhibit in advance — at 19:45 the hall will be similar to subway in the rush hour. However, if you do not want to throng, you can see Pavo Clock in action at any time on a large monitor near the exhibit.

Dvortsovaya pl. 2
/st-petersburg-en/hermitage_10144v
The director of the Hermitage once said, “I can't say that the Hermitage is the number one museum in the world, but it's certainly not number two.” With over …
see more