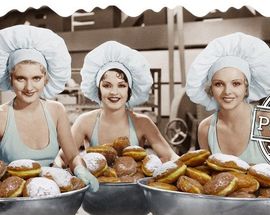 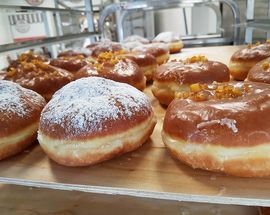 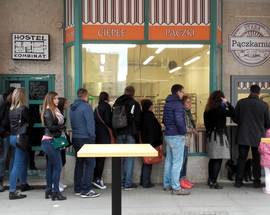 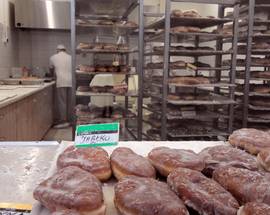 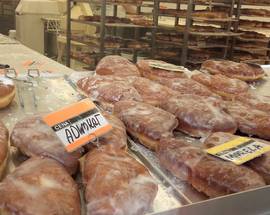 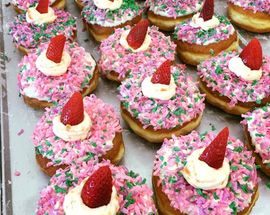 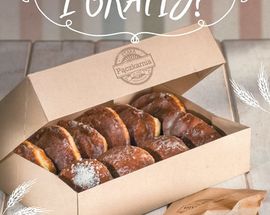 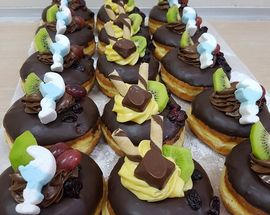 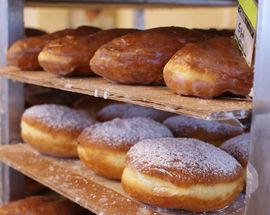 The name of this “Hot Donut Shop” was previously 'Stara Pączkarnia' (Old Donut Shop), which may have been changed due to the misnomer – the original Szczecin business was established in 1989, which is old for a private Polish company, but it's only a recent addition to Wrocław. Walk down Świdnicka and you'll immediately see the queues stretching out. Polish pączki (doughnuts with filling) are a national guilty pleasure, and the secret here is a larger-than-standard size and a staggering selection of non-orthodox fillings, which on a given day might include rhubarb, nutella, papaya, lemon, banana, or whatever else the baker thinks up. Baked fresh and served hot out of the oven, the sugary treats at this shop were nevertheless somewhat too artificial for our taste, but their sheer popularity might be enough for you to give them a try.

ul. Karmelicka 8
/wroclaw/stara-paczkarnia_154979v
This doughnut chain has exploded across PL, peddling oversized, fluffy, deep-fried pączki - a uniquely Polish pastry that is so immensely popular it actually has its own holiday (Tłusty Czwartek). The t
see more