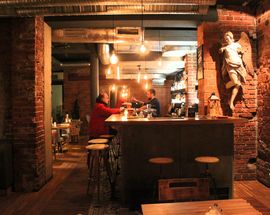 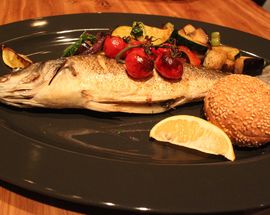 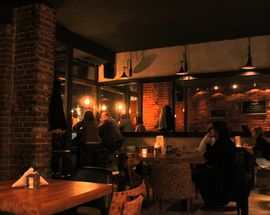 Święta Racja has moved away from the ‘New Polish’ food they were originally known for, going for beer (three Pilsner Urquells and Kozel Černý on tap), pizza (including a controversial Nutella creation), burgers, salads, and pasta, plus a few meaty entrees. The interior is still chic and toned-down with a loft feel, while the drinks menu - beyond just beer - is a selection of smoothies, lemonades, wine, spirits, and various cocktails.