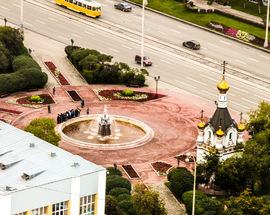 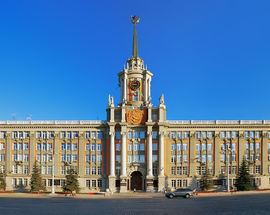 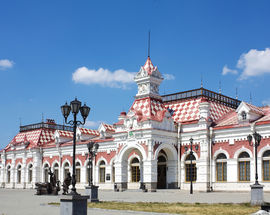 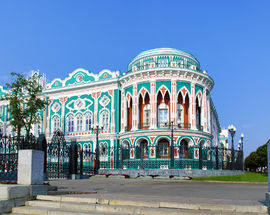 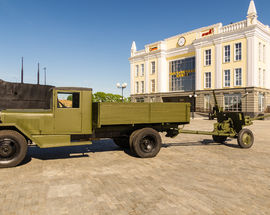 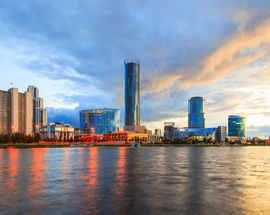 Yekaterinburg, founded on November 18, 1723, was named after Russian emperor Peter the Great's wife, Yekaterina, who later became Catherine I after Peter's death. At the time, the city served as the mining capital of the Russian Empire as well as a strategic connection between Europe and Asia (which it still kind of does to this day). During World War II, the city grew rapidly as industries and people moved east to escape the war. Between 1924 and 1991, the town was known as Sverdlovsk, named after Communist party leader Yakov Sverdlov and signs with this name still abound, particularly at the train station.

To this day, the city retains its metallurgical roots and the metal industry is the largest contributor to the economy. The city is situated near the Ural Mountains, the border of Europe and Asia, and there are several symbolic monuments to mark the border. UNESCO has named Yekaterinburg one of the world’s twelve ideal cities and, today, this title perfectly suits the capital of the Urals, a territory full of natural treasures such as oil, gas, gold mines and Europe’s largest emerald deposit.

Today, with a population of 1.4 million people, Yekaterinburg is the 4th most populous city in Russia, which means that the de facto capital of the Urals is a bustling city with plenty of culture, museums, restaurants, nightlife and shopping. In between matches, check out the Yeltsin Center, the Museum of Fine Arts, Ganina Yama and the QWERTY Monument, possibly one of the more odd monuments in the entire country. The city is also a good base camp for exploring the Ural Mountains. 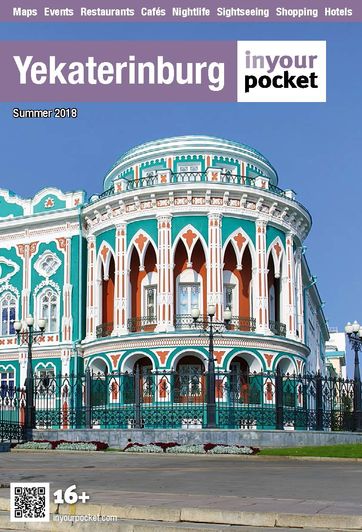