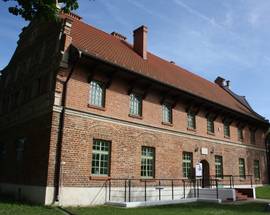 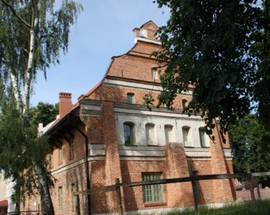 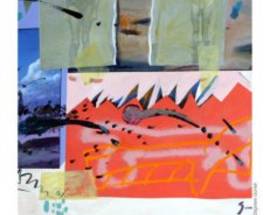 This wonderfully restored building is the new home of Nova Galeria (New Gallery) which will host changing exhibitions as part of the Malbork Culture and Education Centre (MCKE). Up until a few years ago the building was in danger of collapse and actually made it onto the World Monuments Fund Watch List (an organisation which identifies structures of valuable historic importance which are in need of protection). Their efforts and those of the local government and a German foundation have resulted in this rare example of a Teutonic Order hospital being saved. Dating from the late XIII century, this served as a hospital and care home for the sick and the elderly financed by donations from the town’s residents. The fear of sickness and epidemics meant that it was built over a kilometre outside of the city walls. It was still functioning well into the XX century but decades of neglect had left the two-storey building in serious need of repair. That project has now been completed and you should check the website of Nova Galeria to see what’s on.