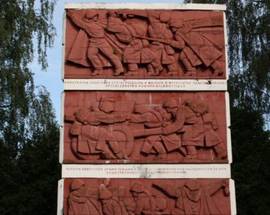 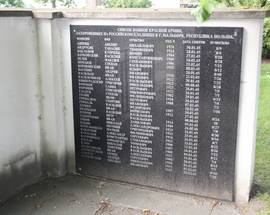 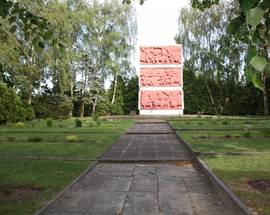 This small cemetery commemorates the Red Army soldiers who lost their lives in the fighting for Malbork and the surrounding area and dates from 1948. It is made up of eight mass graves containing the remains of 529 soldiers and is overlooked by a large concrete monument covered in typically Soviet heroic figures, acts and deeds. Its relatively untended appearance (compared to the British Commonwealth cemetery over the wall) is a sad reflection of how the former allies are now remembered.