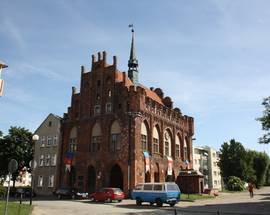 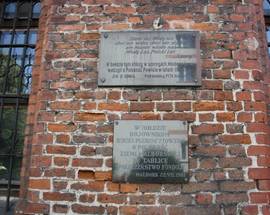 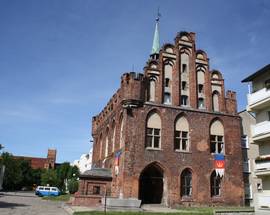 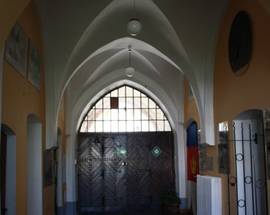 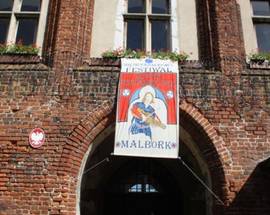 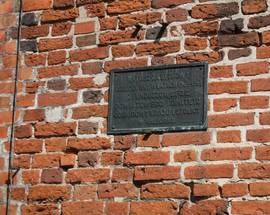 Standing forlornly on Trakt Jana Pawla II, is the rather splendid but awfully lonely looking Ratusz Staromiejski (Old Town Hall). Its current form dates from 1380 although it has been altered many times over the years following attacks and sieges on the city. It was home to the town’s authorities all the way up to 1929 when they moved to the new town hall found on the other side of the road from Mary’s Gate. The old town hall then became home to the town’s police and it was a place of terror for local Poles and resistance fighters during the war. On the outside walls you’ll find plagues honouring the fighters of the ‘Młody Las’ (Young Forest) who fought a resistance war against the Germans between 1941 and 1945 in the area around the northern Vistula river, Warmia and Masuria, and another honouring activists who campaigned to Polonise Malbork in a plebiscite after the war.

The old town hall stood derelict for a number of years after the war as there were greater priorities at the time and was eventually rebuilt between 1959 and 1961. These days it stands as a small reminder of what this part of town once looked like and the covered arcade at its front is an example of how the walkway that ran along this side of the street would have looked. The Ratusz today houses a Youth Cultural Centre and you can walk into the ground floor where you will see a collection of photos of a bustling old Malbork which serve to reinforce the rather ghostly atmosphere of the area.