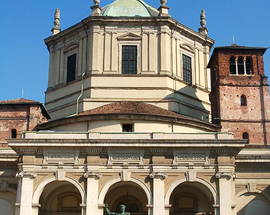 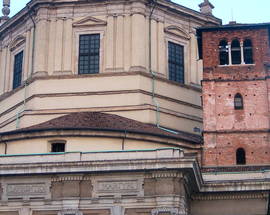 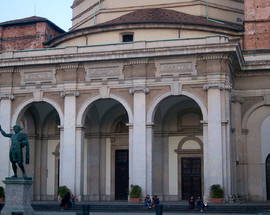 Built at the close of the 4th century, this church is one of the oldest in Milan, rebuilt several times after fires in the 11th and 12th centuries and the collapse of the cupola in 1573. In front of the church are the Colonne di San Lorenzo, 16 Corinthian columns dating back to the 2nd and 3rd centuries, thought to have been moved here from a pagan temple in the 300s. In the centre of the courtyard, Emporer Constantine stands in bronze, a tribute to his Edict of Milan in 313, which ended Christian persecution within the Roman Empire.