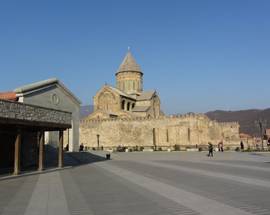 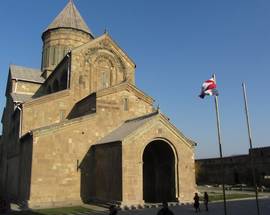 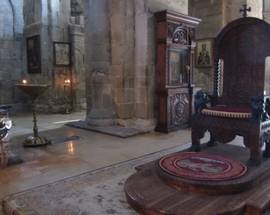 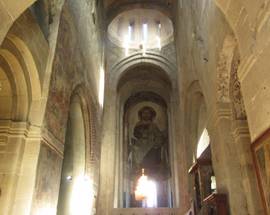 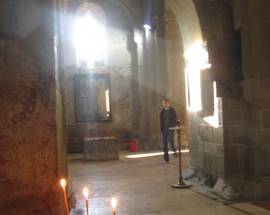 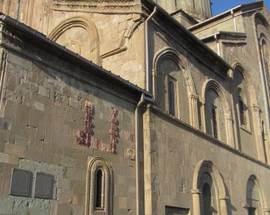 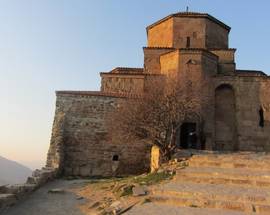 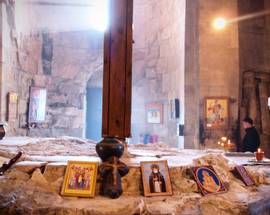 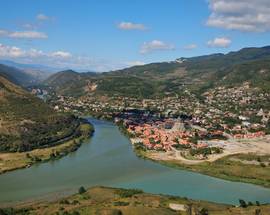 The former capital of Georgia, has some outstanding examples of medieval religious architecture. Named a UNESCO World Heritage Site in 1994. The site is believed to have been settled since around 3000-2000 BC. Its mild climate, and its fertile soil together with its strategic location at the confluence of the Aragvi and Mtkvari rivers made it an ideal home for human habitation. It also became an important stopping point on the ancient trade routes and was a significant site of early Christian activity. Mtskheta was the capital of the early Georgian Kingdom of Iberia, from the 3rd century BC until the 5th century AD. At the beginning of the 6th centaury, King Dachi I Ujarmeli moved the capital from Mtskheta to Tbilisi, in accordance with his father’s will.
One of its most important monuments is Samtavro (the Place of the Ruler), where a small domed church was originally constructed in the 4th century. The grave of Mirian, the Georgian king who adopted Christianity, lies within the church. Another significant religious site is the Svetitskhoveli church. Built on the site of a wooden church, the complex includes an 11th century cathedral. Originally its interior was decorated with wall paintings, but these were whitewashed over. Recently fragments of the original paintings have remerged from below the whitewash covering.
Next to Mtsheta, on top of a hill above the Aragvi river is the Mtskhetis Jvari. This complex contains several buildings from different periods including a classic Georgian cruciform church dating from the mid-6th century. There are beautiful views from here. A taxi from the centre costs around 20 Lari. To get to Mtskheta from Tbilisi go to the Didube bus station and take Marshrutka for 1 Lari.
Show on map