The Orange Order is Northern Ireland's largest Protestant organisation, and has around 30,000 members locally. Its origins lie in the 1690 Battle of the Boyne when the Dutch Protestant King William of Orange defeated his father-in-law, Catholic King James ll of England and Vll of Scotland.

The site of the Battle of the Boyne, just outside Drogheda, Co. Meath, has become a major tourist attraction, and also features in a Williamite Trail - an all-Ireland map detailing locations associated with the Williamite and Jacobite armies, from Carrickfergus in the north to Kinsale in the south. 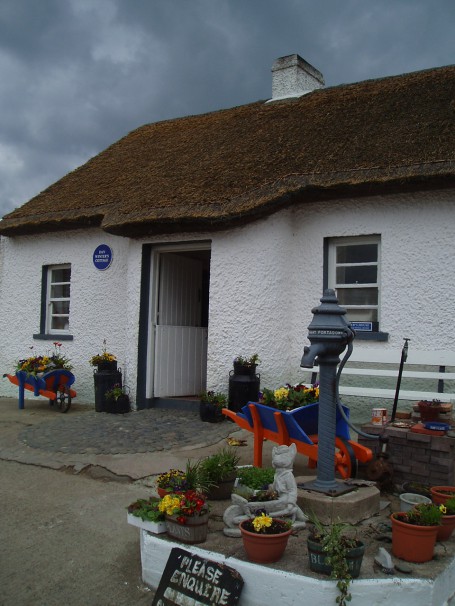 In 1795 Protestants and Catholics clashed again at the Battle of the Diamond near Portadown, Co. Armagh. Following their victory, Protestants met at Dan Winter's House and, soon after, pledged a new oath to 'Crown and country and the Reformed religion'. The Orange Order was born. The Order sees itself as a champion of Protestantism and defender of a British Protestant monarch. It is organised into 'lodges', some of which are in former British colonies as far afield as Canada, New Zealand and Ghana.

July 12th is the most important date in the Orange calendar and marks the anniversary of King William's Battle of the Boyne victory. Orangemen and women commemorate 'The Twelfth' with 18 colourful band and lodge parades - or demonstrations - across NI. A further one takes place in Rossnowlagh, Co. Donegal on the Saturday before the Twelfth.

Each year certain locations are designated Flagship Twelfths with trained Welcome Hosts on hand to explain the event for tourists. 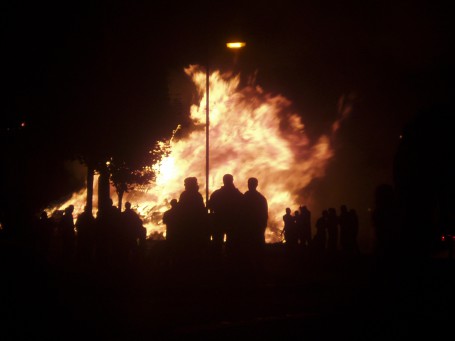 On July 11, 'Eleventh Night' bonfires are lit in staunchly Protestant areas. Many are massive constructions of wooden pallets, old sofas and rubber tyres topped with Irish flags or effigies of pro-Nationalist figures. Bonfire architects battle it out to see who can build the biggest, and shifts of young guardians ensure rival builders don't steal their burnable booty. At midnight the bonfires are set alight, and these raging infernos can be seen blazing across the city - the Shankill Road and Milltown Road (South Belfast) bonfires are two of Belfast's biggest.

If you want to watch the Belfast parades, head to the city centre or Lisburn Road to see small boys in Orange sashes march proudly in front of huge banners, marchers hurl batons as high as lampposts and bandsmen beat the living daylights out of gargantuan Lambeg drums.

The main Belfast demonstration leaves Carlisle Circus, North Belfast, at 10:00 and wends its way through the city centre and along the Lisburn Road, with a wreath laying ceremony at the City Hall at 10:30. The parade takes about two hours to pass and culminates at the 'Field' at Barnett's Demesne, South Belfast where crowds, bands and marchers gather to eat, drink and listen to speeches.

The Twelfth is a divisive date in NI's calendar, with the obvious Protestants v Catholics narrative. Many Catholics vehemently oppose parades which pass near or through their areas, particularly the interface at Belfast’s Ardoyne estate. It is, therefore, best to avoid this area.

Orangeism and Unionism have long been bedfellows in NI's political history. Former Ulster Unionist Party leaders David Trimble and Sir Reg Empey are both in the Orange Order. However, in March 2005, the Order decided to cut its links with the UUP, ending 100 years of historical links.

As a more secular society grows throughout NI, recent years have seen the Orange Order experience a decline in numbers. However, no matter your affiliations, if you're in Belfast on July 12 you cannot fail to witness a spectacle like no other on this island.

July 12 (or 13th if the 12th is on a Sunday) is a NI public holiday. Many locals of all backgrounds take the 'Twelfth Fortnight' as their annual summer holiday, and banks and offices close on the day. In recent years, however, the Twelfth has passed off with little trouble and, as a result, many city centre retailers will remain open on the day to benefit from increased visitor numbers. However, if you're visiting NI on or around any July 12, always check opening times of shops, restaurants, entertainment venues etc before making big plans.

To find out more about the Grand Orange Lodge of Ireland, visit ​www.grandorangelodge.co.uk or www.orangeheritage.co.uk​.