share post a comment
Mount Triglav is the highest mountain in Slovenia, rising to 2864m in the centre of a national park of the same name. The mountain is the symbol of Slovenia (it appears on the coat of arms), and the country’s flag was flown here on June 26th, 1991, the day Slovenia declared independence from Yugoslavia. The name, Triglav, means three-headed, as it looks to have three peaks when seen from the Bohinj valley. The first recorded ascent of Triglav was made on 26 August 1778, by Luka Korošec, Matija Kos, Štefan Rožič and Lovrenc Willomitzer, on the initiative of baron Sigismund Zois. At the top of the mountain stands a tiny metal structure, the Aljaž Tower. A storm shelter for climbers, it is named after Jakob Aljaž, a priest who bought the land at the Triglav peak for a single Austro-Hungarian florin from the then municipality of Dovje in 1895. 2018 marks 240 years since the first recorded ascent to Triglav. Four brave local men successfully climbed Slovenia’s highest mountain in August 1778 and the local people of Bohinj are still immensely proud of their achievement today. To commemorate this special anniversary numerous events will be held in Bohinj throughout the year.
Show on map 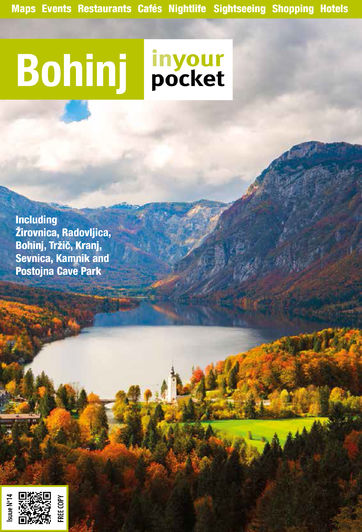