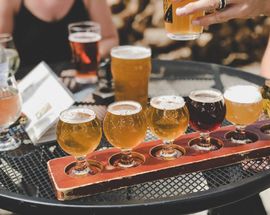 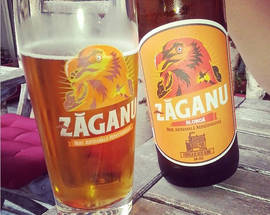 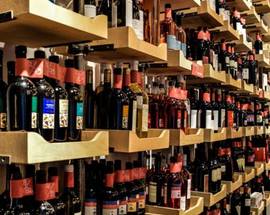 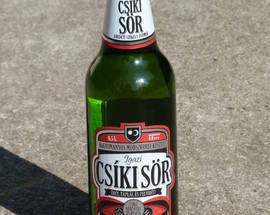 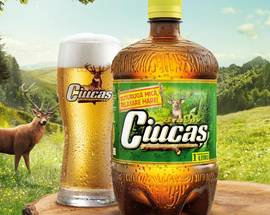 Cheap and rather good, you should not visit Romania without trying a decent-sized sample of its various forms of booze. Best known internationally for its cheap yet good wine, Romania also offers some very strong spirits.

The story of the Romanian wine industry is a long and complicated one. In short, it was very good, then the communist regime ruined it through under-investment and over-production, and now, back in private hands, it is improving apace. Almost two per cent of Romania’s total agricultural land is given over to vineyards, making Romania one of the world’s top 10 wine producers. As a general rule the best whites are made in the north and in Transylvania, while the country’s best reds are made in the south. There are many exceptions, however.

The best known wine making regions in Romania are Dobrogea (reds) and Murfatlar (which makes good reds and decent whites) in the south east, Dealul Mare around Buzau (which makes excellent reds, probably the country’s best, in fact),Tarnava in central Transylvania (whites) and Cotnari (whites) in Moldova. In the west, the deep reds of the Recas vineyards have an increasingly loyal following.

Our personal favourites (and we repeat, these are favourites: we are not claiming that they are Romania’s best wines) include the Chardonnay and Feteasca Regala-based brut from the Halewood/Prahova Valley winery, the Tamaioasa Romaneasca on the Domeniile Tohani label, and the semi-sweet red Rai de Murfatlar, a Cabernet Sauvignon from Murfatlar. Also worth looking out for is Busuioacă de Bohotin, which, while too sweet for many tastes is a unique wine and one of few decent roses made in Romania. Another somewhat unique Romanian wine is Lacrima lui Ovidiu, a bold, strong, yet sweet and syrupy wine from Murfatlar, made from grapes harvested deliberately late. Other labels which can usually be taken as a sign of quality include Davino from Dealul Mare, Stirbey and Jidvei (especially its Feteasca Regala), Corcova and Domeniul Coroanei.

With prices usually reflecting quality, you are advised to spend as much as possible when choosing a Romanian wine. The good news is that you will rarely have to spend much: prices remain relatively low and should stay so given the increasing abundance of great choice. There are some excellent specialist wine shops in Bucharest now, including Ethic Wine, while Halewood/Prahova Valley has its own store in Bucharest, and there are a couple of specialist wine stores we list below.

Some wine bars in Bucharest are also listed: they are well worth discovering. Of the supermarkets, Auchan and larger Mega Image stores have good selections of wine.

Do not leave Romania without trying the local firewater, tuica (drink too much on the other hand and you might not be in any fit state to leave). Made (usually, but not always) with prunes and fermented in wooden casks this strong smelling spirit is lethal yet ubiquitous. Every male in the country has a supply (even if he doesn’t drink it) and will insist that his father’s/father-in-law’s/uncle’s etc. is the best. When made from other fruits, tuica is usually called rachiu. Similar to tuica is palinca, a more refined (it is distilled twice) spirit made usually from a mixture of fruits. Both tuica and palincahave exceptionally high alcohol content. In Maramures, tuica is called horinca, but is essentially the same spirit, although many people will insist that the drink should be distilled three times before it can be named horinca.

Other local spirits include the less alcoholic afinata, visinata and zmeurata. These are pseudo-liqeurs often served as aperitifs or a dessert, or simply as a lighter alternative to tuica when the occassion calls for ‘unu mic’ (a shot of something). These drinks are made by taking small garden fruits (bilberries - afine - for afinata, cherries - visine - for visinata and raspberries - zmeura - forzmeurata) and leaving them to ferment in large glass bottles placed in the sun for two-three months, with lots of sugar added. Alcohol can be added to the liquid which forms to make them stronger, and these drinks can sometimes be served with some of the original fruit in the glass.

Other spirits made in Romania include two herbal concoctions from Transylvania, both similar to the Hungarian drink Unicum. Salvator is made in Csiksomlyo (Sumuleu Ciuc) and is probably slightly better than Transilvanicum, made in Miercurea Ciuc. Like Unicum they’re a bit of an acquired taste. We should also mention vinars (which translates literally as Burnt Wine). It’s not quite cognac, but find a good one and you’ll swear it is.

While things are changing slowly (especially in clubs and discos) many cafes, pubs and bars in Romania still annoyingly insist on table service. If you want a drink you will need to sit down at a table and a waiter or waitress will bring you one. Eventually. Go to the bar and in many places you will simply be told to go and sit down and wait. This rule does not apply everywhere, and as we say, this communist-era hangover (having seperate bar staff and wait staff created more jobs) is slowly disappearing. For many thirsty drinkers in Romania however, it is not disappearing fast enough.

Str. Nicolae Tonitza 10
/bucharest/abels-wine-bar_131387v
Genuinely gorgeous little wine bar one of the most character-filled streets in the Old Town. This place oozes charm from every corner, its simple yet striking …
see more
Wine

Str. Banu Antonache 55
/bucharest/ethic-wine_90021v
Wonderful wine shop, run by a friendly Englishman and his lovely wife, both of whom really know their stuff. There is a wide range of local grape, as well as a …
see more
Wine

B-dul Octavian Goga 24
/bucharest/Vinexpert_87154v
There is always something worth spending your money on here, whether its the latest vintage from Cricova or Tokaji, or more prosaic delights …
see more