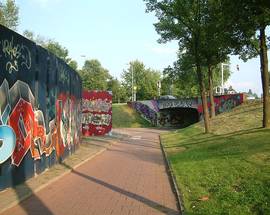 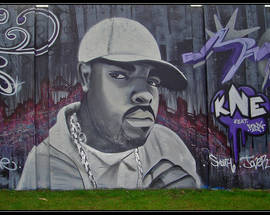 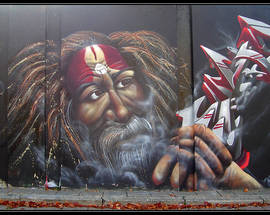 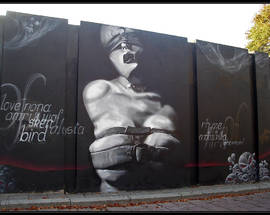 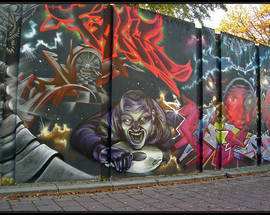 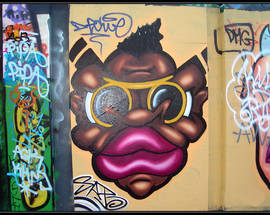 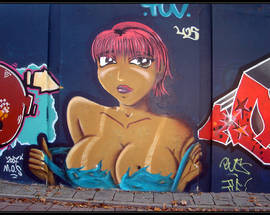 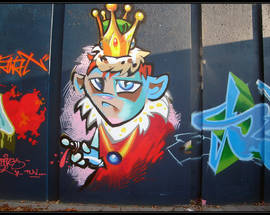 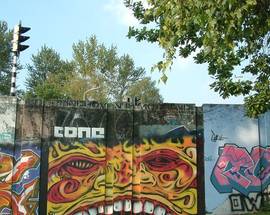 People driving on Eindhoven’s boring ring road will probably never suspect that a completely different world lies beneath the traffic circle at Insulindeplein. From the upper level it looks like any other ordinary urban roundabout, but a second sunken bicycle and pedestrian circle holds a hidden secret. Since 2004, the Berenkuil (Bear Pit), as it's known by locals, has been designated a free zone for graffiti artists. Far from the prying eyes of the police, hundreds of impressive modern murals have been created at the crossroads of underpasses, ramps, pedestrian tunnels and nearby streets.