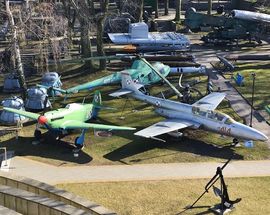 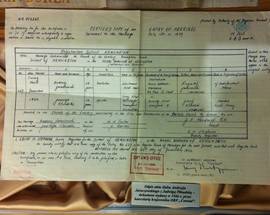 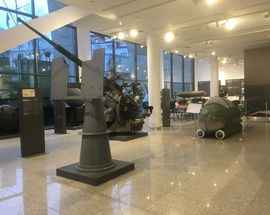 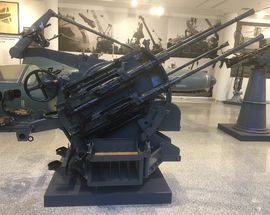 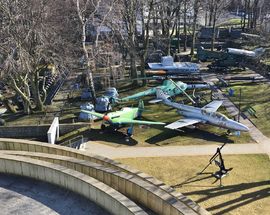 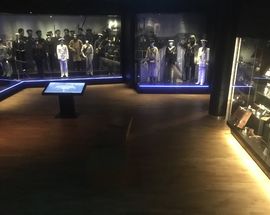 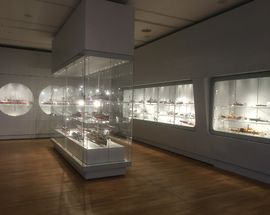 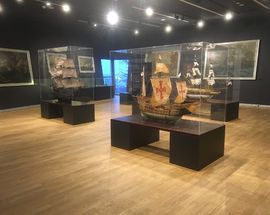 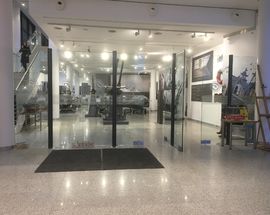 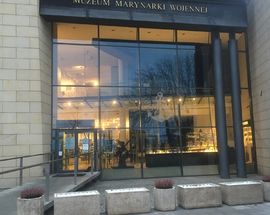 Set in a modern building, autumn 2018 saw the opening of a new permanent exhibition on the first floor designed to commemorate the 100th anniversary of the re-creation of the Polish Navy. In 1918, Poland found itself once again an independent nation and though its access to the sea was drastically reduced from the period before the partitions, the newly reborn nation was determined to create a navy as quickly as possible. Polish officers and sailors returned home from the navies of the partitioning powers where many had held senior ranks. This exhibition, although not all available with English explanations, has plenty of information, stories and artefacts to make it of interest. The exhibition is entitled ‘Mamy rozkaz Cię utrzymać’, literally meaning ‘We have an order to hold you’ (in relation to the Polish coast and sea) and comes from a popular patriotic song.

There’s more to see on the other two floors and in the grounds outside too. Downstairs you’ll find a display of various bombs, torpedoes and artillery as well as a short history about the WWII warship ORP Gryf which was one of the early casualties of the war when it was sunk in Hel harbour in September 1939. Meanwhile, on the upper floor there are some very impressive wooden models of famous ships. The garden holds a collection of old planes and artillery including 18th century cannons; shells from the Schleswig-Holstein (the ship that kicked off WWII), and a cannon recovered from a German U-boat sunk in Gdynia harbour in 1945. Unfortunately, due to renovations, the outdoor section of the museum is closed until April/May 2020. Well-worth an hour or so of your time when the weather isn’t conducive to spending time on the neighbouring beach.
Show on map

Skwer Kościuszki 12, Gdynia
featured
/gdynia/orp-blyskawica-battleship_15770v
With the Treaty of Versailles a done deal Poland found itself a nation state once more, granted access to the sea via what was to become the infamous ‘Polish Corridor’. For the first time in a century Poland had coastline and her own waters, the only thi
see more
Featured

ul. Zawiszy Czarnego 1B, Gdynia
/gdynia/vinegre_119124v
Located on the top floor of the Naval Museum, enter via the museum entrance even if it looks closed during the evening and take the lift up to the third floor where the doors open onto some of the best views of the bay available in the city. This is an e
see more

Gdynia - Poland's gateway to the world feature
14 Things to Do in Winter In & Around Gdańsk! feature
Riding the Polish Rails feature
see more

I&#039;m currently in possesion of a beautiful hand-carved platter with the words "For Rememberence From Harbour Gdynia 1945-46" carved into the back...could you give me any background information as to it&#039;s history?
Take your guide with you Download a pdf