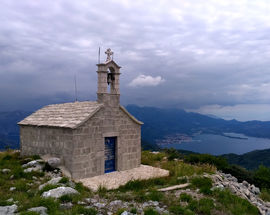 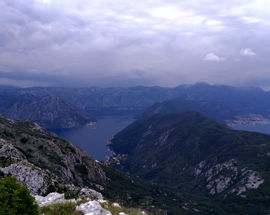 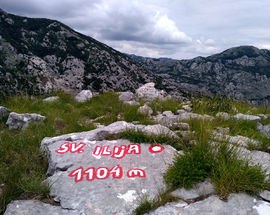 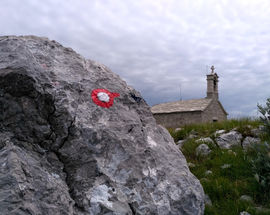 We were just aimlessly driving around in the mountains one fine summer afternoon, when we saw some graffiti on the side of a ruined structure indicating that the Church of St Elijah was a 20-minute walk down an overgrown grassy lane. Nearby there was also an old sign (in Cyrillic) with the photo of a small chapel at the top of a hill, which seemed well-worth the advertised effort, so we pulled off the road and set off in search of some adventure wearing flip flops and shorts and equipped with exactly no water.

A half hour (and several wrong turns) later, we emerged at the top of the mountain with sweeping 360° views so glorious that we immediately forgot about our thirst, hunger, bleeding shins, and stayed for over an hour just soaking it all in. A truly magical spot, which we've made a point to visit each and every time we've been in Herceg Novi since - and recommend that you do the same.