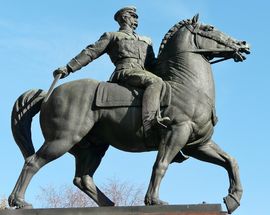 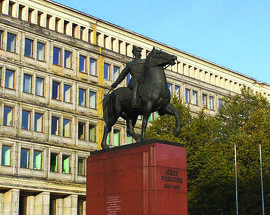 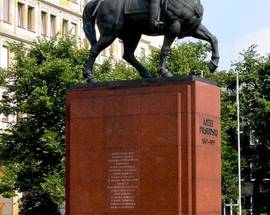 The work of the Croatian sculptor Antun Augustinčić (1900-1979), most famously remembered for his Monument of Peace sculpture outside the UN headquarters in New York, the dashing statue of Poland's greatest modern military hero dates from before WWII but didn't make it to Poland until the collapse of Polish Communism, a system in which Piłsudski was strictly taboo. Shipped from its creator's Croatian museum in 1990 and renovated before finally being placed where it is today in 1993, the statue sees our hero astride a stallion when it's a well known fact he always favoured his mare, Kasztanka (Chestnut). Originally planned to form the centrepiece of a series of statues relating to the Silesian insurgents which never came to being, the monument's sword vanished in 1994 and was later found in some nearby bushes by a bunch of nosy kids.