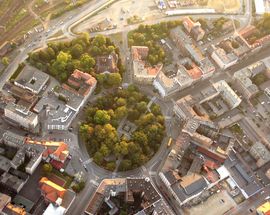 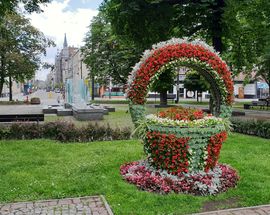 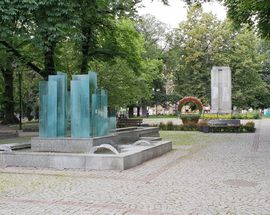 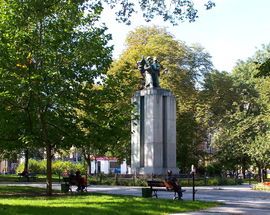 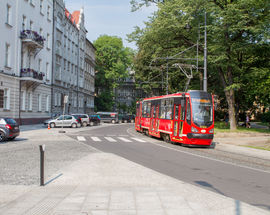 Likely due to a lack of competition, this small oval of greenish pleasantry west of the train station stands out from Katowice’s urban tangle as one of the city’s more recognisable landmarks and orientation points. From the first city plan in the 1860s, this square was designed as a main axis point and was already home to Kattowitz’s first Catholic church (later destroyed during the rapid, thoughtless expansion of the turn of the 20th century). Then known as ‘Wilhelmsplatz’, the square first sported a monument of Kaisers Wilhelm I and Frederic III looking rather buddy-buddy atop a large pedastal. After Katowice’s post-WWI promotion to capital of the autonomous now-Polish province of Silesia, hero of the Silesian Uprisings, Wojciech Korfanty, and city president Stanisław Wojciechowski unveiled the memorial Tomb of the Unknown Insurgent in 1923. The space’s new identity as ‘Freedom Square’ soon became ironic, however, when that memorial was replaced with a monument of two thuggish tommy-gun wielding Red Army soldiers standing atop a truly hideous concrete pedestal which was finally removed in 2014 after years of protests. Just east of where the monument used to stand you’ll find a small and rather ugly fountain, and the square is also surrounded by several unremarkable buildings, with the exception of the monumental neo-Renaissance Goldstein Palace at number 12A. Built in 1875, this building formerly housed the Chamber of Commerce, becoming the local branch of the dubious Polish-Soviet Friendship Association after WWII. Having most recently seen life as a restaurant, the Goldstein House has been repossessed by the city and currently functions as the City Civil Affairs Office.