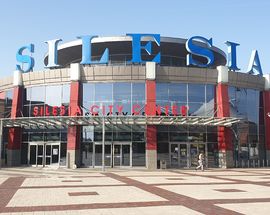 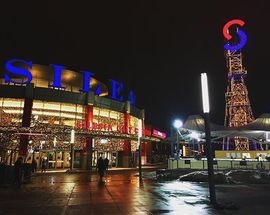 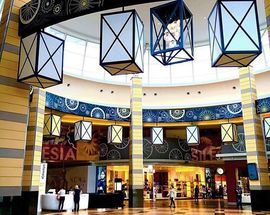 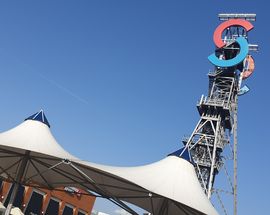 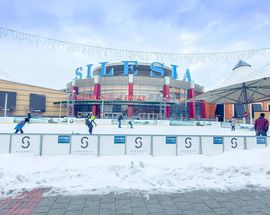 Located mid-way between Katowice and Chorzów on the site of an old 1904 coal mine, the spectacular Silesia City Center easily trumps everything else in the region. A combined retail, gourmet and entertainment complex, the original 65,000 metre-square building (now over 86,000) was opened in 2005 and in 2011 hotel heiress Paris Hilton descended upon Silesia to open a new wing with 60 additional shops, 2 more restaurants, a dentist office, massage studio, beauty salon and additional parking, bringing the total number of spaces to 3,500 - the largest lot in Silesia. Designed to blend in with the surrounding Gothic architecture, this shopping mall has over 300 shops including Kaufland, Media Markt and EMPiK superstores, a Cinema City movie complex and is even a decent place to eat thanks to the upstairs Bierhalle Restaurant, Hana - a magnificent sushi restaurant located externally in the mine’s former swimming pool and the industrial sheik Sztolnia restaurant. Other features include the preserved, red-brick St Barbara’s Chapel and the remains of the tower that once lowered the miners underground - now the symbol of the commercial centre. Get there via tram no's 6, 11, 19 & 23 or bus no.s 6, 23, 110, 662, 673, 674, 830 & 840.

On non-trading Sundays, only eateries are open at Silesia City Center!