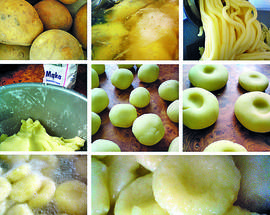 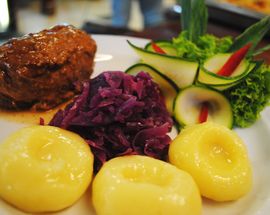 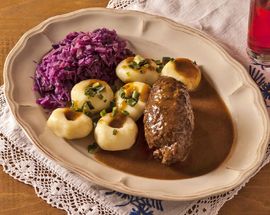 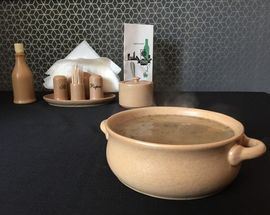 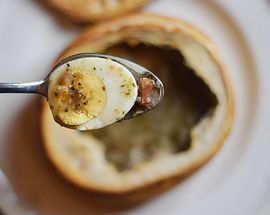 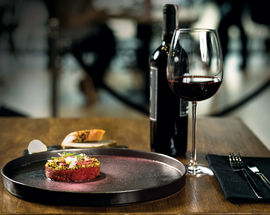 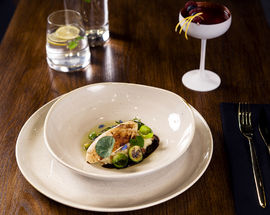 A blue-collar region of miners and miners’ daughters, few places are as well suited to the nation’s traditional peasant fare of potatoes, cutlets and cabbage as Silesia. But that's not the end of it, for as good as the traditional style of Silesian food is, in places like Chata z Zalipia, Patio and Wiejska Chatka, to modern takes on old favourites are popping up too, and nowhere else is this more true than in ISTO, with the chef's own artistic style showing through with each unique dish. So what have the locals contributed to national cuisine?

Silesian noodles, known locally as ‘kluski śląskie’, are at the top of any Silesian culinary itinerary. Essentially a pierogi (dumping) with no filling, these pillowy potato flour doughballs are served as a side dish almost everywhere, often with mushroom gravy or fried fat and bacon bits on top. With a chewy texture and typically bland flavour, kluski literally stick to your ribs and set like cement in your stomach.

As for main courses, your pervasive regional entree for the brave has to be Silesian beef roulades, or 'rolada śląska' – a rolled beef patty filled with onions, bacon and pickles. This surprisingly tasty dish with some kluski and red cabbage or fried sauerkraut on the side is as Silesian as it gets. 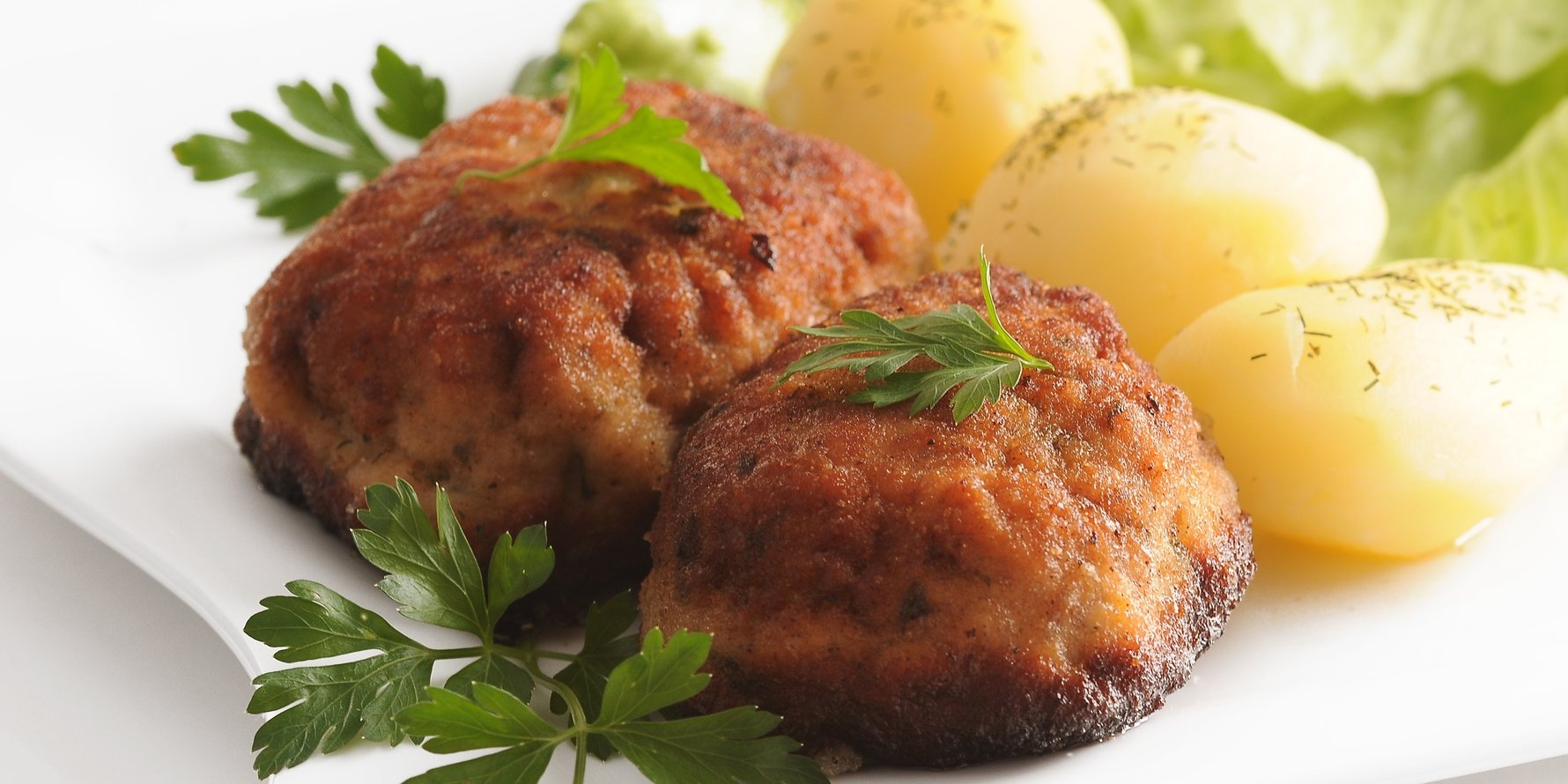 A Silesian variation on the national 'kotlety mielone,' karminadle were once considered a treat only served during the holidays, and were often made from rabbit meat due to the popularity of rabbit rearing. Today, though often made from pork, you can also eat pork-beef mixes, either served cold or hot with potato purée and bread.

We did say Silesian food was heavy on meat and vegetables and ciapkapusta is the ultimate fusion! Potatoe purée is simply mixed with sauerkraut (kapusta kiszona), bacon, sausage and onion. As simple as that. Although it can be a main meal in itself, it's often served as a side to a main meat dish (usually ribs). 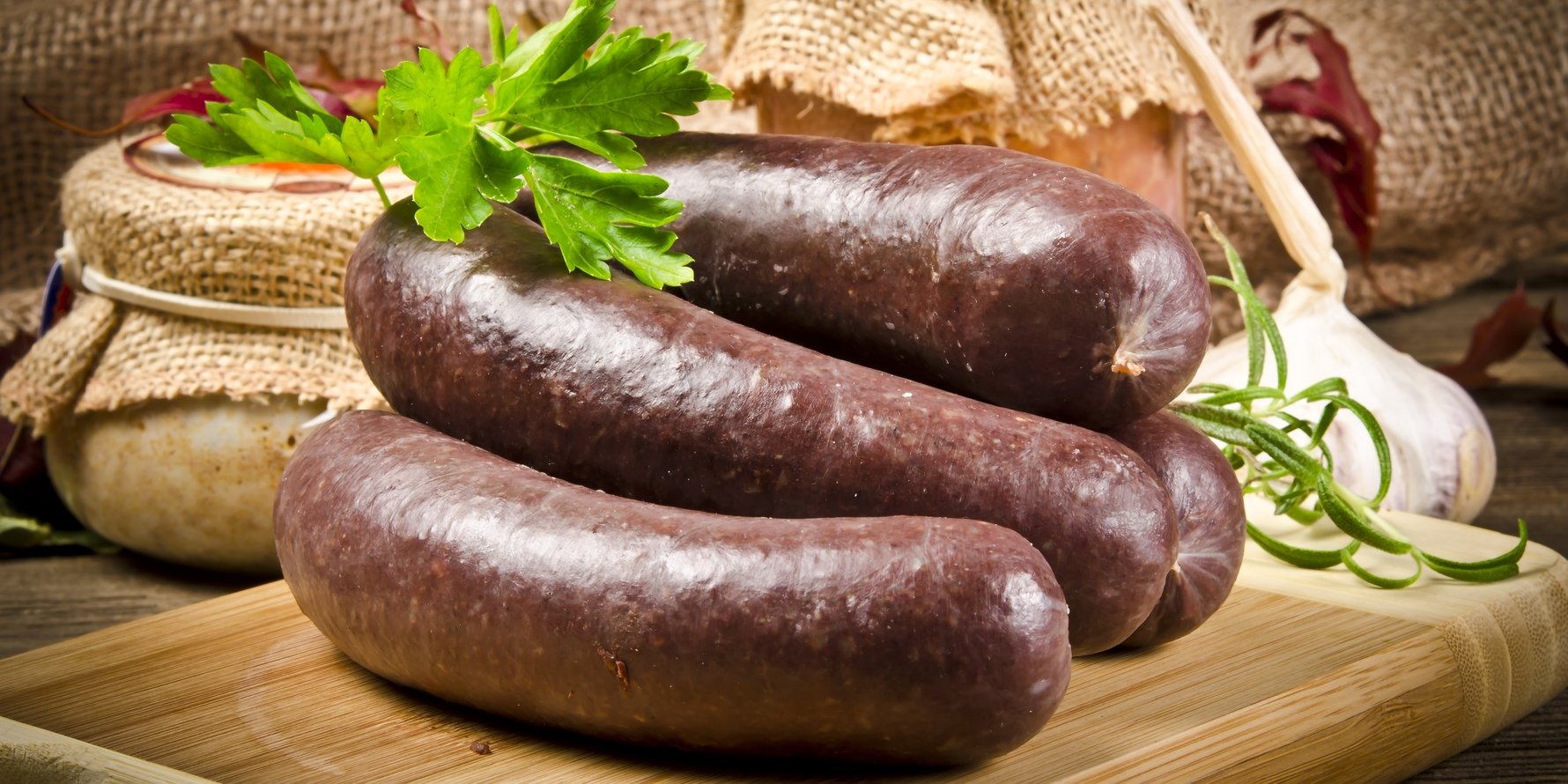 This blood sausage consists of pig's blood, pork offal (85%) and buckwheat (15%). You may already know the national variety 'kaszanka', with both being almost identical, only differing by name. Krupnioki have been associated with Silesia since the 17th century as they provided miners with a quick, highly calorific source of food to give them enough energy to carry out their hard work. They are more associated today with traditional dishes served during the holidays.

A traditional Slavic sourdough soup, a popular regional phenomena with various methods of serving; some regions of Poland serve it over boiled potatoes in a bread bowl, or even with a boiled egg, whereas in Silesia, Żur Śląski is poured over mashed potatoes!

Where to eat more Silesian food?

For hardcore foodies, or for anyone travelling in Silesia, it's advisable to try as much of the local cuisine as possible - we've only given you a snippet of what's on offer. To help you out on your food travels, the Silesian Tourist Organisation has this very need in mind with their 'Silesian Tastes' culinary trail. It's definitely worth trying out.

Where to Eat Traditional Silesian Food in Katowice

Al. Walentego Roździeńskiego 1A
EDITOR'S PICK
/katowice/isto_156733v
As if the Cultural Zone in Katowice is not wonderful enough in its own rig
see more
Editor's pick
International

ul. Stawowa 3
featured
/katowice/patio_32332v
One of Katowice's most popular restaurants just had an extensive renovation and they are all spiffed up and ready to serve. They got rid of some of the kitschy …
see more
Featured
Polish

Pl. Grunwaldzki 4
featured
/katowice/wiejska-chatka_32140v
This truly traditional Polish and Silesian restaurant is a nice change of pace, if slightly out of place. A cavalcade of country-style adornments such as old …
see more
Featured
Silesian

ul. Ligonia 16
/katowice/zurownia_147628v
If you’re not familiar yet with the Polish soup Żurek, it’s your lucky day. It is a sour rye soup and one of the most iconic of all Polish soups. This new …
see more
Polish

ul. Krawczyka 1 (Nikiszowiec)
/katowice/slaska-prohibicja_151752v
If you haven't been to the historic Nikiszowiec district of Katowice, we urge you to check it out. Not only is the place itself worth seeing, but up unt
see more
Polish

ul. Kilińskiego 16
/katowice/u-babuni_32139v
Old farming implements on the walls, a huge spiderweb made from rope and a few charming folk-art paintings create a very non-Katowice atmosphere in one of the …
see more
Silesian

ul. Tadeusza Dobrowolskiego 1A (Silesian Museum)
/katowice/moodro-restaurant_140498v
Not to be confused with the Bistro/Cafe of the same name across the courtyard in the main museum complex, this is the much larger and more elegant restaurant …
see more