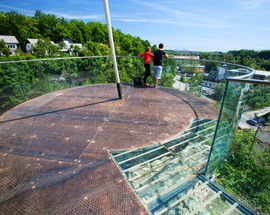 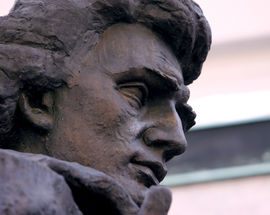 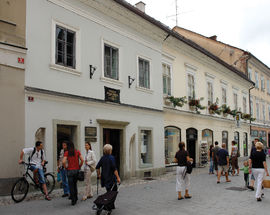 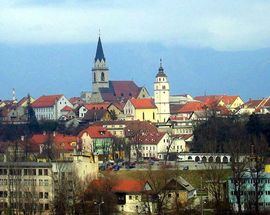 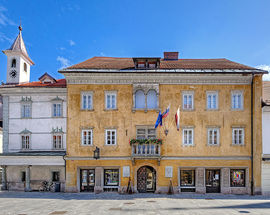 Perched on a rocky promontory at the confluence of the Sava and Kokra rivers, the old town of Kranj has one of the most spectacular medieval skylines that you’ll likely ever see, with its three distinct church towers and an unreal backdrop of the Slovenian Alps rising up only a few kilometres to the north. Not as well-known as Bled or as heavily trodden by tourists on Kranjska Gora, in most senses of the word Kranj is still the true capital of the Gorenjska region. It’s Kranj’s historic centre that is the main draw for most tourists and day trippers. Protected as a national cultural monument since 1983, the lively old town boasts a variety of diverse sights, from religious monuments and ethnological museums to modern arts spaces.

For most Slovenes the city is inextricably linked with the nation’s greatest poet, France Prešeren, who lived and worked here in the mid-19th century. The many fascinating sights in and around (and under) Kranj’s old town make it the perfect place to explore on foot with a guided tour, arrangements for which are best made at the local TIC office. The main street of Prešernova Ulica is a buzzing pedestrianised zone filled with cafes, boutique shops, galleries and charming souvenir stores. Kranj is also one of the liveliest cities in Slovenia, especially during the spring and summer months, with concerts, exhibitions, culinary shows, artisan fairs and much more taking place between the castle walls, towers and old townhouses a full schedule of which can be found at www.visitkranj.com. 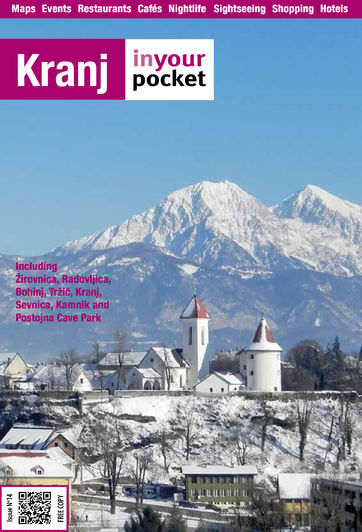