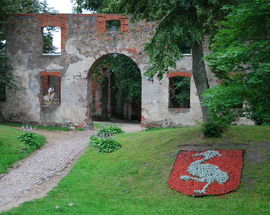 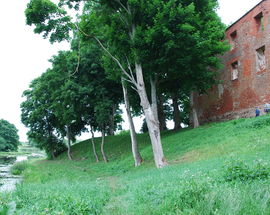 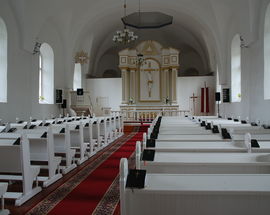 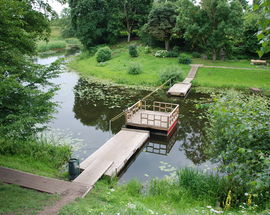 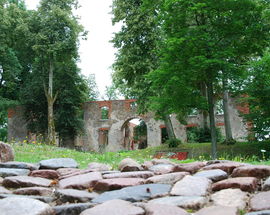 The historic town of Grobiņa is a little over 10km from the centre of Liepāja and is a good day trip if you like picturesque towns, castle ruins and Viking history. Known as the Viking settlement of Seeburg, in 854 it became the first settlement ever reported (in the Rimbert Chronicle) in the territory that now makes up Latvia. Today, the town is known for its picturesque castle ruins on the bank of the River Ālande. The castle was built by the Livonian Order in the 13th and 14th centuries and gained infamy as the site of the first Latvian witch trial in 1559. Although it was visited by Polish and Swedish kings over the centuries, as well as countless European princelings, it was eventually abandoned in the 19th century. The whole area is open to the public and makes for a decent hike in the summer or fall when an old fashioned cable ferry will take you across a section of the river. Across the street from the ruins you’ll find the Grobiņa Lutheran Church, which was built at the behest of Duke Jacob (James) in 1664. It was heavily damaged in World War II, but has since been renovated. The ancient hillfort of Grobiņa, which preceded the castle, is also surrounded by a number of burial mounds and grounds dating from the 2nd - 9th centuries. Although there’s not much left to see these days, the ancient Priediens burial grounds can be found less than 2km east of the castle where Liepu gatve and Zirgu iela meet. The site contained the raised burial mounds of the Scandinavian settlers as well as more ancient flat graves of the local Couronians. If you don’t have a car, ask the friendly staff at the Liepāja Tourist Information Centre how to best reach the town from Liepāja. 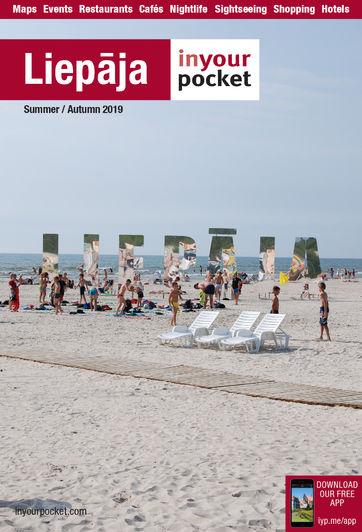