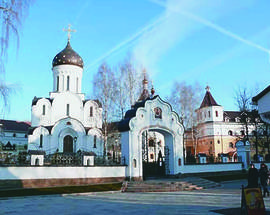 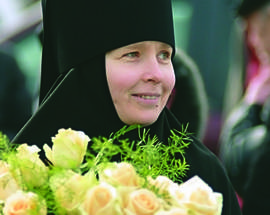 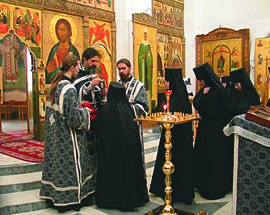 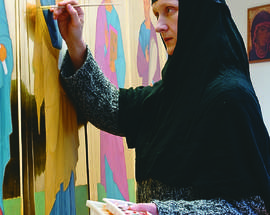 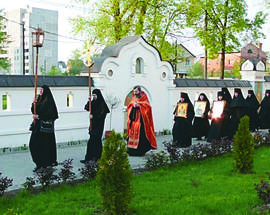 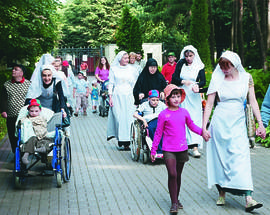 Named after the Grand Duchess Elizabeth Feodorovna of Russia (1864-1918), a granddaughter of Queen Victoria who was arrested and thrown down a mineshaft by the Bolsheviks soon after the October Revolution and who was subsequently canonised by the anti-Soviet Russian Orthodox Church

Outside Russia in 1981 and by the Russian Orthodox Church 11 years later, this extraordinary ensemble on the outskirts of Minsk including four churches, a shop, crafts facilities and other buildings was founded in 1999 as a centre for over 70 Orthodox nuns, novices and lay labourers who’ve all given their lives to providing spiritual and social help to the sick and suffering. Also involved in a tireless amount of outreach work as well as running a farmstead for recovering alcoholics and other people down on their luck, the women oversee an enormous amount of activity at the convent. The complex is open to the public with tours available in English, taking in several of the things taking place inside the buildings including a number of workshops making stained glass, icons and other works of art that as well as help decorate the convent and its four churches also give young people new skills and, through the sale of many of
the things they make, a valuable source of income. Much of the stained glass is fashioned into small items including plates and fridge magnets, all of which are available to buy from around €2 to somewhere in the region of €30. The icon workshops are particularly fascinating and include not only new works of art but a small department who renovate damaged icons from Belarus and beyond. The churches can also be visited, perhaps the most interesting being the Church of St. Nicolas the Wonder Worker, where the women of the convent read from the Psalter around the clock in hour-long shifts in order to save the world. There’s also a shop where you can buy produce from the farmstead including jars of honey and a small café selling excellent value potato pancakes. Located in the suburb on Novinki (Навiнкi) about 8km north of the city
centre, the convent can be reached on the N°18 bus, which runs every 10 minutes or so during the day. Get off at the Novinki stop and keep walking in the same direction. The convent is on the right. Keep an eye out for the onion domes..