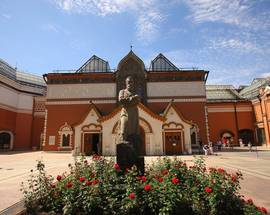 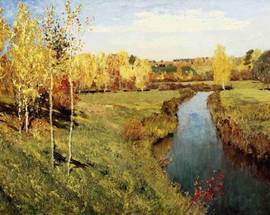 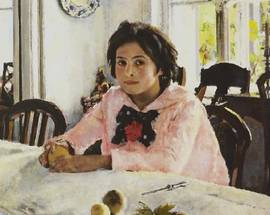 For visitors anxious to uncover the mysteries of the famous "Russian soul", the Tretyakov Gallery is the place to start. Founded in 1856 by influential merchant and collector Pavel Tretyakov and presented as a gift to the city in 1892, it is the world's number one museum of Russian art. Ranging from exquisite and mysterious 12th century icons to the politically charged and prescient canvases of Russia's favourite realist master, Ilya Repin, the collection is a rich and revealing insight into the history and attitudes of this long suffering yet inspired people.

All pictures are labeled in English. Be sure to make use of the A3-size laminated information sheets found throughout the museum; there is always at least one English version hidden amongst the Russian ones. The gallery does not include the museum's 20th Century collection, which is kept at a separate site a kilometre away.

Krymsky Val 10
EDITOR'S PICK
/moscow/new-tretyakov-gallery_37458v
Dedicated to Russian art of the 20th Century, this is the extension part of the Tretyakov project. Stunningly presented, each work contributes to the chronological project. Head up to the fourth floor to begin with the Moscow modernists. Not only is this
see more
Editor's pick

Leninsky pr. 2/1
/moscow/warsaw_71313v
The winning aspects of this hotel are its location (literally right on the top of the metro station and a few minutes walk to Gorky park and the
see more