The history of this charming little fortified city, which is situated just west of ‘s-Hertogenbosch, is littered with plundering, war and conquerors, but these days it mostly hosts tourists and history buffs. It has in its time known many illustrious occupiers. In the 9th century, the fortress Heusden, back then but a castle, was burned to the ground by Vikings. Ever since, much has been done to restore the city to its ancient glory. Here and there they overdid the restorations and the centuries-old buildings look almost new, but a walk through Heusden is still a walk through time. Everywhere you'll see the original function of the city because you’re never far from the fortifications that offer great views. With over 130 buildings listed as monuments, you may feel like you’re in an open-air museum. A museum where, after your stroll, you can seat yourself at an outdoor café and enjoy a well-deserved drink.

B & B Achter Sint Joris

Burchtstraat 8, Heusden
/s-hertogenbosch/B-and-B-Achter-Sint-Joris_68444v
This quaint B&B is the only one in town so it might be a good idea to book well in advance as it only has three rooms. Our favorite is the one with the …
see more
Eating & Drinking Heusden

Vismarkt 9 - 9A, Heusden
/s-hertogenbosch/Centraal_68264v
Brasserie Centraal is a large, square space attractively decked out with beautiful murals. We recommend its special for €12.50, in particular the large pan of …
see more
Eating & Drinking Heusden

Vismarkt 3, Heusden
/s-hertogenbosch/De-Klepperman_68661v
De Klepperman is named after the old night watchman who used to stroll around crying out what time it was, watching out for fires and engaging in petty gossip. …
see more
Eating & Drinking Heusden

Vismarkt 4, Heusden
/s-hertogenbosch/De-Pannekoekenbakker_68265v
Welcome to a veritable Valhalla for pancake lovers and a nightmare for people who dislike making choices. The menu displays no less than 230 different types of …
see more
Shopping Heusden

Engstraat 12, Heusden
/s-hertogenbosch/De-Waterdrager_68635v
An authentic water shop which is also an off-licence. Devoted beer drinkers by nature, the staff at IYP never knew that there are so many different types of …
see more
Eating & Drinking Heusden

Vismarkt 2, Heusden
/s-hertogenbosch/Havenzicht_68262v
The ideal place for relaxation. With your plate on your lap, slumped in your chair on the heated terrace and a glass of wine you'll find the perfect place to …
see more
<< < 1 2 > >> 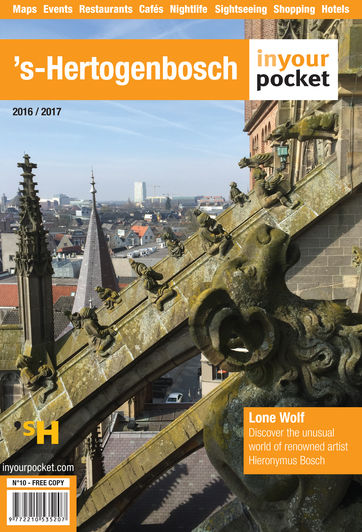