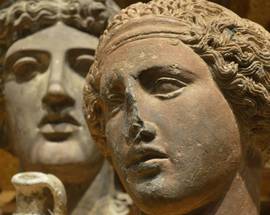 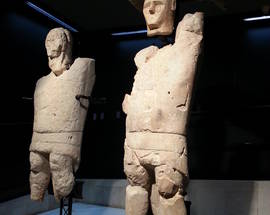 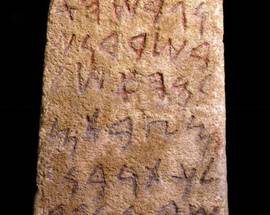 The museum is housed within the old walls of the Royal Arsenal (Regio Arsenale). The exhibits on display give a fascinating outlook on Sardinia's ancient history. It displays archaeological finds dating as far back as the Pre-Nuragic era (6000 BC) and the Nuragic period, with a large number of small bronze statues representing, amongst others, warriors, divinities, animals, men and women. Also the later phases of the Phoenician and Punic colonization in Sardinia, between 8th and 3rd centuries BC are well represented. In 2014 the Giants of Mont’e Prama were moved here. These massive limestone sculptures (10th-8th century BC) originally discovered in 1974, were unearthed along the Sinis peninsula and will remain on display in Cagliari before finally being transferred to the City Museum of Cabras. Four of the statues will remain on permanent display in Cagliari.

Admission €8, 18-25 €4, U18 free. First Sunday of the month admission free. Joint saver ticket for the National Archaeological Museum and the National Gallery €10, conc. €5.