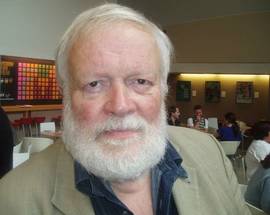 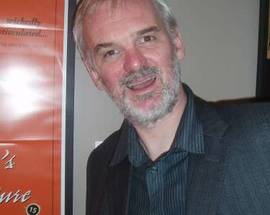 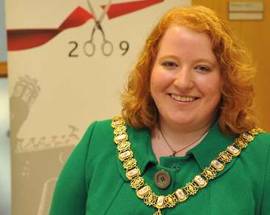 What do you call people from Belfast? No, it's not the start of a bad joke, we really do want to know.

Across the UK and Ireland, the good citizens of various cities have suitable monikers, but not us. There are Dubliners, Glaswegians, Londoners, Mancunians, Brummies (Birmingham) and Geordies (Newcastle). Liverpool folk even have two, Liverpudlians and Scousers.

According to some websites, we're called Belfastians, but frankly, no-one has ever used that word in public and we've never seen it on anything official. And let's face it, it's just not snappy to call people from Belfast, 'people from Belfast' all the time.

We asked our esteemed 2009-10 Lord Mayor of Belfast, Cllr. Naomi Long and, officially, there is no such word for the people of Belfast that the City Council knows of or uses. "We sometimes have difficulty putting our identity in a nutshell," she told Belfast in Your Pocket. "So it would be useful to have a word that unites people from Belfast. If you can capture that in a word or phrase, that would be great."

The great, the good and the very funny of Belfast were also collared for their suggestions.

Comedian Tim McGarry initially put forward something a bit rude that rhymes with neckers. It's a word we have heard bandied about a lot when it comes to locals, and in some neighbourhoods it's quite the term of endearment. But it's not what we had in mind. "How about, 'oh no, them bloody people from Belfast'" he quipped, before settling on his own take on the debate, 'Belshafters'.

If anyone should be able to come up with a pleasing expression it's man of words, and one of Belfast's most famous poets, Michael Longley. "It's very interesting as to why there is no word to describe us," opined the wordsmith, before coming up with Belfastian. We anticipate an epic verse entitled 'Sebastian the Belfastian' any day now. Just remember who put the idea in your head, Mr Longley.

Graeme Farrow, former director of the Ulster Bank Belfast Festival at Queen's, admitted that he falls back on 'people from Belfast' or 'Belfast people'. Factually correct, but a tad dull, we think. And certainly not as quirky as Mackems, which is what the people of Sunderland, Graeme's home town, are known as.

Historian, retired Sinn Fein Councillor and 2008-09 Lord Mayor of Belfast Tom Hartley, is the go-to guy for matters relating to Irish history. He's previously given the matter some thought and was quick to offer two suggestions, both of which play on the original Irish place name Béal Feirste (meaning mouth of the sandbars/river inlet) - Feirstach andBealfeirstian. "I like Bealfeirstian," he says. So do we Tom, but would we find it too hard to pronounce with a forkful of champ in our gobs?

So we're campaigning for a linguistically fitting moniker to describe us and we're asking for your opinion, views and suggestions. Should we be Belfasters? Belfastians? Belfasties? Bealfeirstians? Send us your ideas and tell us what you think.

Altogether now… What do we want? A demonym!* When do we want it? Well, as soon as you've got a free minute really.


*Also referred to as a gentilic, a demonym is a word that denotes the resident of a place, and is often derived from the name of that place, fact fans.


Now click here to see the response. A veritable hornet's nest has been rightfully stirred. And learn how to speak like a local here.