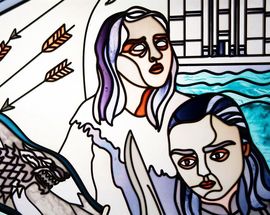 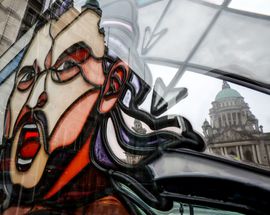 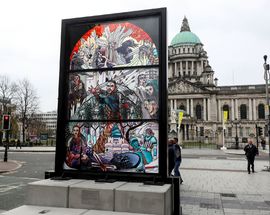 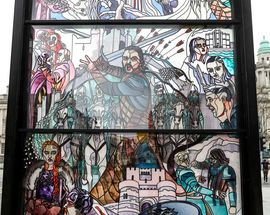 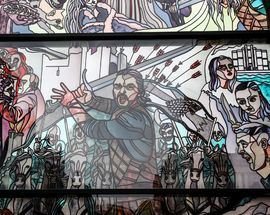 After a decade of filming and production, this eighth and final season is celebrated with the 'Glass of Thrones' campaign, created by Tourism Ireland and Tourism NI in partnership with HBO. Over the coming weeks and episodes, six beautifully crafted, freestanding stained-glass windows will be installed across Belfast. Each window will highlight a key House from the show, with a series of panels depicting the most exciting and talked-about moments from the entire saga - the first focusing on the House Stark.

Each has been designed by hand illustrators and stained by an artist in Bangor, Co. Down. By the end of series eight, the stained glass windows will form a new Game of Thrones® trail, leading fans across the city to the final window at the Titanic Studios, where much of the show has been produced.

And fans not yet able to experience the new Game of Thrones® trail in real life can visit Ireland.com, upload a photo and digitally place themselves in the online version of each stained glass window. #GlassofThrones - one window down, five more to go!