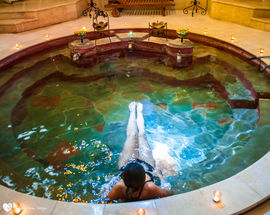 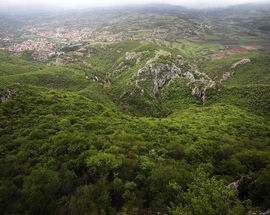 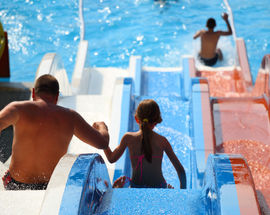 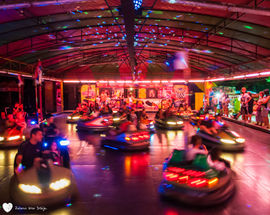 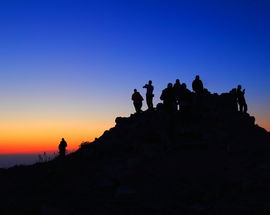 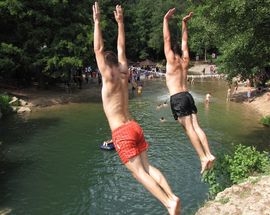 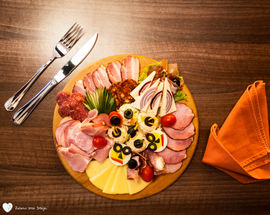 There are a plethora of excellent spas dotted around Serbia, and Sokobanja is undoubtedly one of the finest. The therapeutic qualities of the thermal springs have been common knowledge since the days of the Romans, but it wasn’t until the post-Ottoman period that tourism began to flourish in these parts, when Miloš Obrenović demanded an entire renovation of the site. By 1837, organised tourism was up and running at Serbia’s first tourist spa. Before long, Serbia’s cultural elite were flocking to the little eastern town searching for relief and tranquillity.

Located two and half hours (there or thereabouts) southeast of Belgrade, Sokobanja is one of the most popular spas in the country. The thermal mineral springs are the main event, with healing waters that range between 28 and 45℃ and are mostly used for bathing and inhalation. A variety of conditions are remedied here, from bronchial asthma to chronic hepatitis. We hope you are visiting for relaxation and recreation of course, but it is good to know that you can come out feeling a little better as well.

Sokobanja’s position as the favoured spa of Serbia’s creatives means there is plenty of culture to be found as well. The library is well over a century old, and holds more than 30,000 books within its walls. The Heritage Museum is also well worth a look, containing a variety of archaeological, historical and ethnological artefacts. The amphitheatre in front of the museum also plays host to plenty of theatre throughout the warmer months.

But it is the healing powers of the spa that most come here for. Serbia might not be the first place that jumps to mind when the words ‘spa tourism’ are uttered, but it is surely only a matter of time before that changes. Sokobanja will be front and centre when it does.

Jermenčić Monastery
Hidden deep with the hills of Ozren, the Jermenčić Monastery was built in the 14th century by a group of Armenian monks who were fleeing the marauding Ottomans further south. There is little of note in comparison to the majestic monasteries elsewhere in the nation, but this humble construction purveys its own sense of peace and calm. There are plenty of clear mountain drinking water springs around, as well as a small church dedicated to the archangels Gabriel and Michael.

Ripaljka
Serbia isn’t known for its waterfalls, but the Ripaljka fall is well worth a visit when in the Sokobanja area. It isn’t a monster by any stretch of the imagination, standing just 22 metres high, but its lush surroundings make it a hugely enjoyable landmark to discover.

Sokograd
Just 2km from Sokobanja is Soko Grad, a 6th century fortress that soon became an important part of the medieval Serbian state. The Ottomans well and truly did a number on the place, and all that remains today is the gate, walls and towers of the Upper Town. The fortress is worth seeking out for the views at least, and it was declared a Monument of Culture of Great Importance in 1982.