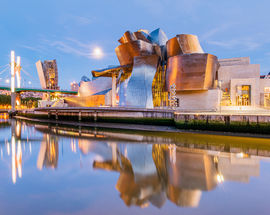 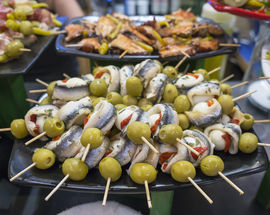 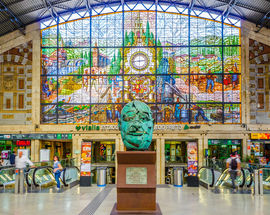 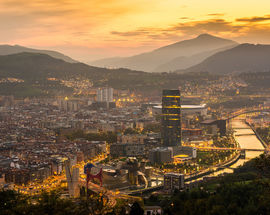 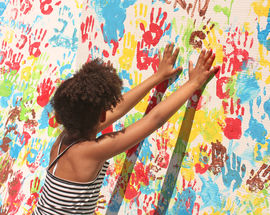 Forbes USA has placed Bilbao as one of The Best Places To Retire Abroad In 2020. Bilbao has also been included by Forbes Magazine as one of the 7 Up-And-Coming Travel Destinations For 2020. According to Airbnb, Bilbao has seen a 402 percent year-over-year increase in bookings. Bilbao won European City of the Year at 2018 Urbanism Awards considering criteria such as good governance and commercial success. We were finalist city for the European Capital of Innovation 2019. Bilbao San Mames Stadium will be the Spanish host for UEFA Euro 2020.

It is hard to believe the spectacular urban ‘renaissance’ enjoyed in Bilbao, after decades of devastating deindustrialisation that made us a prime example of an industrial city in decline. Bilbao reinvented itself and the centrepiece of this regeneration wasn’t a new factory but a brand new art gallery. A brilliant urban reconversion, the so called “Bilbao effect” where our city was transformed by a self-consciously iconic building, the Guggenheim Museum.

It sits along the river estuary establishing the backbone of Bilbao together with the bridges crossing it, the city's greatest ally both now and in the past. All have a special significance in the urban model of Bilbao. The Guggenheim was the olive in the martini - highly visible but not the main event. The museum has been a major catalyst of economic development, but Bilbao is more than the Gehry building: it is art (seven buildings signed by Pritzker Awards), culture, narrow streets to get lost in, new (and very modern) spaces, a gastronomy that needs no introduction where pintxos are a form of art.

If you’ve yet to begin planning your 2020 travel, you might find Bilbao is well worth your consideration, don’t you think!

Roberto Marijuan is a content writer from Bilbao and also an active member of BilbaoGreeters.