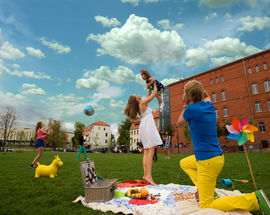 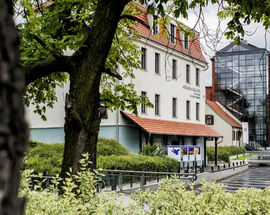 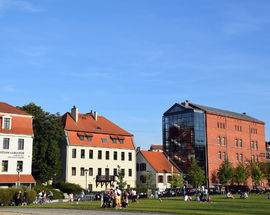 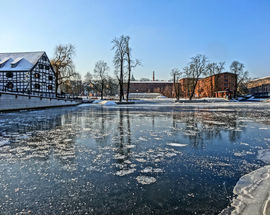 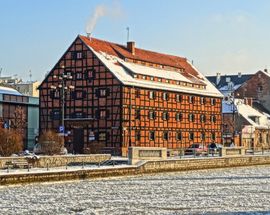 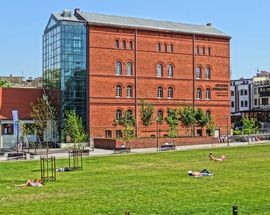 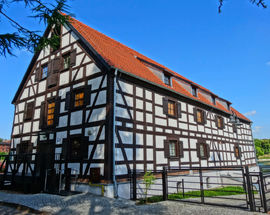 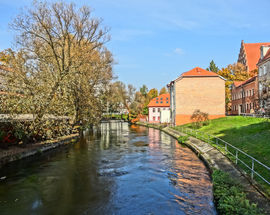 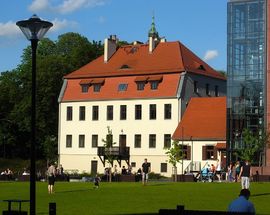 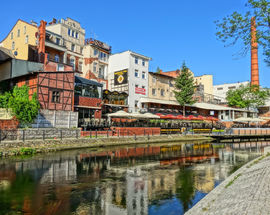 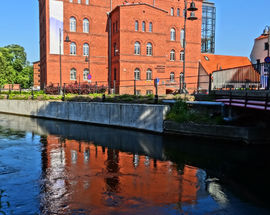 Bydgoszcz’s own 'Museum Island,' lovingly manicured and pedicured into the city’s most pleasant hangout. Surrounded by the Brda River, the Mill Island was once indeed a place of mills - grain mills, sawmills, fulling mills, malt mills - and in 1594 it also became home to a coin mint. The Mint, one of the most important ones in Poland at the time, operated until 1688, and its buildings were torn down by the Prussians in the 18th century; look closely, though, and you’ll realise the street going through the Mill Island is still called ul. Mennica, or Coin Mint Street.

In addition to a lovely recreational green, a public beach, and a large playground, you’ll also find here the imposing 19th-century Rother’s Mills (now in the process of being converted to Water Gardens and the Brain Museum, after years of standing empty) and a selection of museums: the Leon Wyczółkowski House, dedicated to the works of the famous Polish painter who lived just outside Bydgoszcz for a period of time, the Archaeological Museum (housed in the 1890’s White Granary), the Modern Art Gallery (housed in the 1861 Red Granary), and the Money Museum.

What to See on Mill Island

ul. Mennica 2
/bydgoszcz/Archaelogical-Museum_67700v
Visitors appear a rare commodity to the Archaeological Museum, which is a bit of a shame considering the effort that’s gone in. On show find all the requisite …
see more
Museums

ul. Mennica 7
/bydgoszcz/leon-wyczolkowski-museum_78271v
Due to COVID-19 restrictions, this museum is currently closed, however, there are plans to reopen soon. Group tours with English-speaking guide and temporary …
see more
Places of Interest

How a Museum about Hygiene found its home in Bydgoszcz! feature
May Days (Majówka) Traditions & Customs
How to Support Ukrainian Refugees in Poland feature
see more