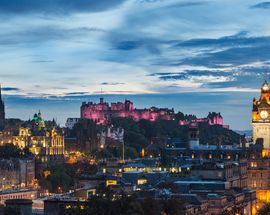 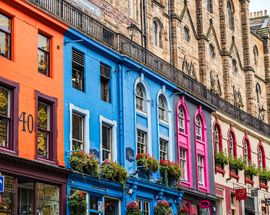 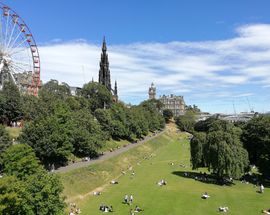 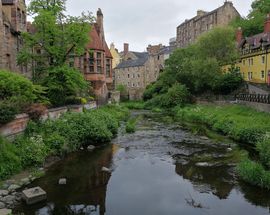 Castles and Dungeons, Witchcraft and Wizardry, Whisky Distilleries and Haggis Dinners, Beaches and Hills, Fringe Festivals and the Military Tattoo are all just a part of what makes the Scottish capital, Edinburgh, such an exciting get away destination and the perfect starting out point for anyone who wants to get to know Scotland.

Steeped in history the Old Town with its  steep and  narrow cobbled lanes is dominated by the castle perched on the edge of the cliff and overlooks the green Princes Garden below which was once a ghastly moat where witches were drowned. Edinburgh's links with witchcraft and wizardry continues to the present day with much being made of the role played by Edinburgh in JK Rowling's Harry Potter series. In fact there are several dedicated 'Harry Potter Tours' and plenty of wizardry shops.

The 'New Town' beyond Princes Street with its fancy hotels and shops came to life mid 18th century and is considered to be among the finest example of Georgian architecture. Hardly surprising that it is listed as a UNESCO world heritage site.

Editor's Note: We are still in the process of updating these our content for Edinburgh, and ask for your understanding. Any questions, comments or suggestions can be sent to editorial_enquiry@inyourpocket.com.

Camping in Scotland: Try Wild Camping! feature
10 Outlander locations to visit in Scotland feature
Scotland's Top 5 Best Beaches feature
see more
This site uses cookies. By continuing to browse the site, you are agreeing to our use of cookies. Find out more here. AGREE
Countries
Top