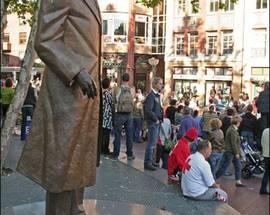 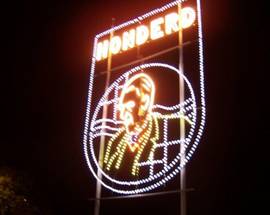 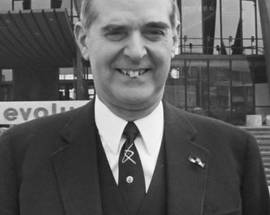 One of Eindhoven's most popular native sons was Frederik Jacques Philips (1905 - 2005) who died at the tender age of 100. He is remembered abroad as the fourth chairman of Dutch electronics giant Philips, but the Dutch remember him for his efforts to save local Jews from Nazi concentration camps. He convinced the German occupiers that 382 Jewish employees were absolutely indispensable to his operations making him a kind of Dutch Oskar Schindler. An empty seat is always reserved for him at the Philips football stadium where PSV EIndhoven play and since 1951 a life size statue of him has graced the city's central square, the Markt. The city even minted a special coin in his honour, which bears his nickname 'Fritske'. The local concert hall, a restaurant and a glossy magazine are also named after the illustrious industrialist.