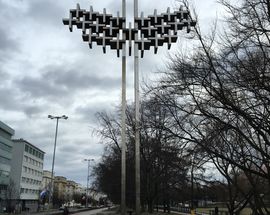 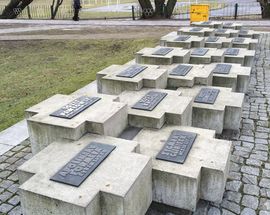 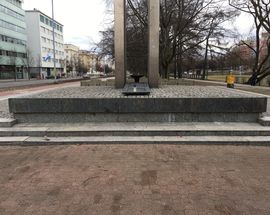 Designed by Ryszard Semka and unveiled on December 17, 1993, the Monument to the Victims of December 1970 is an impressive 25 metre cross commemorating the 18 people killed by security forces during the anti-government shipyard protests which took place on the streets of Gdynia in that year. Among the names of the victims commemorated on the stones behind the cross, the youngest of whom was just 15 years of age, look for the name of Zbigniew Godlewski. The 18-year-old from Elblag worked at the Gdynia Shipyard and was shot by police. His body was famously carried through the streets of Gdynia on a door and he became the inspiration for the protest song Janek Wiśniewski.

The Tri-city's Lesser Known Monuments feature
The Story of Solidarity in Gdańsk feature
Who was Janek Wiśniewski? feature
see more