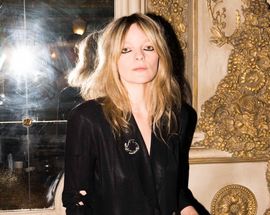 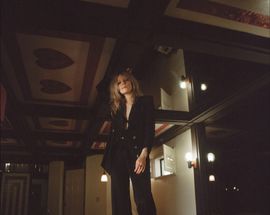 Born in 1987, Jessica Pratt first got her hands on a guitar at the age of 15, and quickly became proficient, recording her own songs by the time she was 16. Moving to San Francisco as a young woman, she connected with Tim Presley of White Fence, who released her first album - Jessica Pratt (2012), a collection of home recordings she did on her own analogue equipment. The lo-fi, almost ethereal atmosphere of that record - featuring complex acoustic finger-picked guitar, her beautiful, slightly alien voice and almost no additional accompaniment - has remained the bedrock of her sound, even as the critical acclaim of her debut and its home-recorded follow-up (On Your Own Love Again, 2015) have lead to extensive touring, a large fanbase, and eventually the sharp, clean sound of her third album, this year's Quiet Signs - her first recorded in a proper studio. Often assigned to folk, or the 'freak folk' genre, her music is spare in instrumentation, but rich in mood. Expect an intimate, captivating and unforgettable performance in Kino Rialto; this is one show we will definitely be attending.