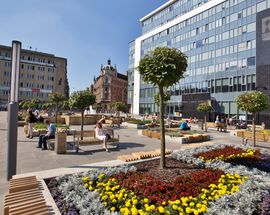 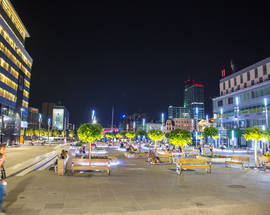 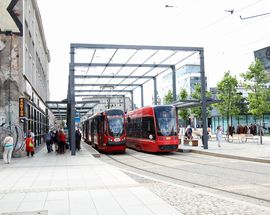 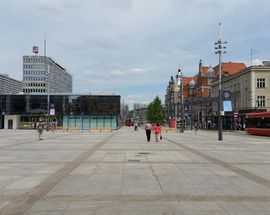 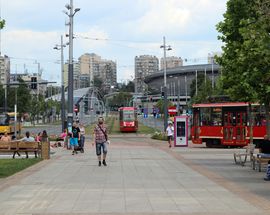 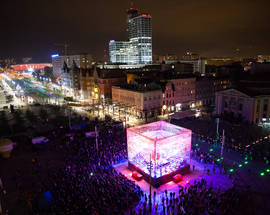 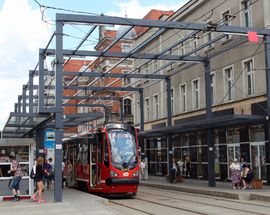 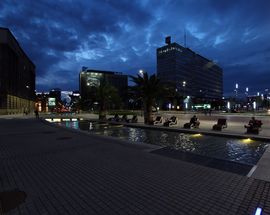 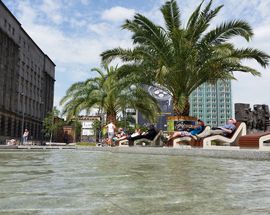 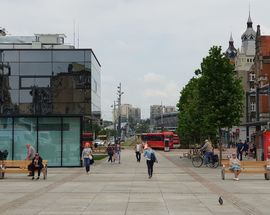 Until recently, one could easily be forgiven for standing in the middle of Katowice's market square and trying to find the market square. The construction works finished and the snazzy new Rynek 2.0 is complete with a flowing river, deck chairs, benches, and a spattering of flowers beds and trees. Before the massive overhaul (and we mean massive!), Katowice’s ‘Rynek’ was basically a large traffic roundabout and tram stop surrounded by a faded collection of mismatched buildings in architectural styles that had mostly fallen out of favour, if they ever engendered any enthusiasm to begin with. For years the city has known that turning its market square into, you know, an actual market square, would be a crucial step towards becoming a respectable Polish city. A plan to modernise and pedestrianise the Rynek was put in place as far back as 2008. The first step was modernising the Soviet-era monstrosity at ul. Młyńska that uglied up an entire block of the Rynek, before they elegantly transformed it into the new modern City Hall.

ul. Rynek 13
/katowice/city-information-office_36955v
With a several-storey, blinking blue and yellow neon sign, Katowice's City Information Office is hard to miss and isn't it just downright adorable to see them trying so hard? The super-friendly staff can offer time-killing suggestions in English or Ge
see more

ul. Mickiewicza 4
/katowice/Galeria-Skarbek_32688v
The dizzying heights of modernity when it was opened in 1975, Skarbek is (along with Zenit) one of two communist-era shopping centres on
see more

ul. Rynek 10
/katowice/silesian-theatre_32709v
The Silesian Theatre can boast a history going back to 1907, when Kattowitz was in German territory; in 1922 the Stadttheater was converted to the Polish Theatre in Katowice. More than one thousand plays premiered on its boards over the past century,
see more