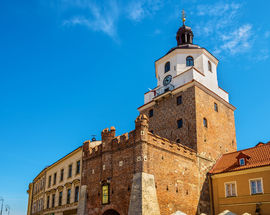 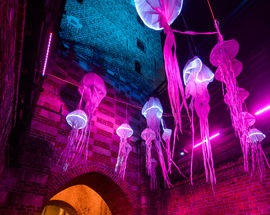 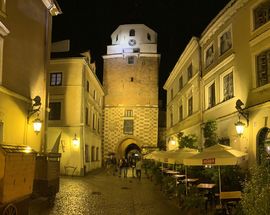 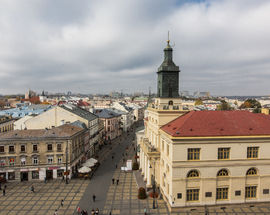 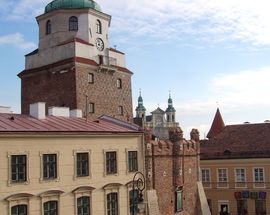 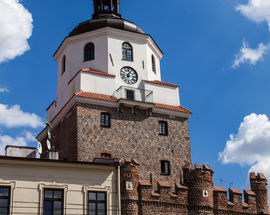 Krakowska Gate (PL: Brama Krakowska) is a 14th-century gate and defensive tower complex that provides access to the Old Town in Lublin. Often referred to historically as the 'Upper Gate', with Grodzka Gate on the other end being the lower gate of the old centre, the westward road leading out of the city follows the historic trail towards the city of Kraków, hence the gate's namesake as well as the road and district on the outside of the old town - Krakowskie Przedmieście (ENG: Kraków District). The gate and defensive walls around the Lublin old town were first built in 1341, in an attempt to stave off raids from Tatars, Ruthenians and other local bandits.  A drawbridge used to be attached to front, which dropped over a moat. That particular state-of-the-art defensive measure was filled in around the 17th century!


Perhaps the most iconic historical structure of the city, the brick part you see today is dated from the 17th century. The white clock tower and dial dated from the 19th century, and the former tower master is alleged to have taken out his anger out on the clock by throwing bottles at it. Subsequently, the clock became 'drunk' and began to show the time incorrectly, often with huge deviations from the actual time of day. The old mechanics have since been replaced with an electronic system, which seems to have sobered thing up quite a bit! Nevertheless, the Museum of History of the city of Lublin, which can be found inside, allows you to see some of the intricate clockwork technology, the kind that was once used up on the tower's original dial. The view of Krakowskie Przedmieście from up top is not half bad as well! 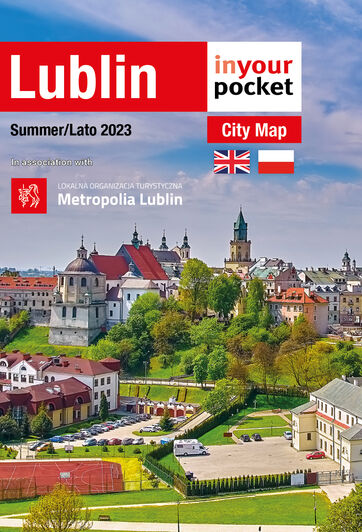