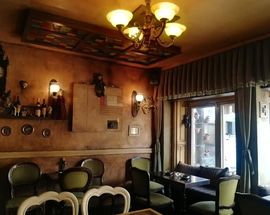 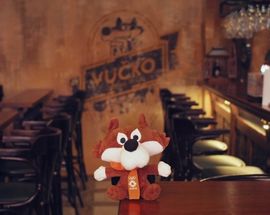 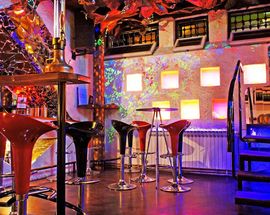 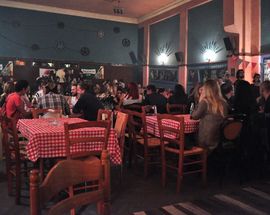 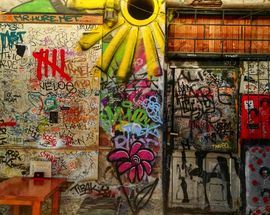 Sarajevo has given us more hangovers than we care to remember. We’re not proud of it, but facts is facts and all that. This is the sort of place that will drag you along with it once the sun goes down, a city that lulls you into a false sense of serenity before slapping you in the face at 3am for one last shot of šljiva. Sarajevo doesn’t feature in most ‘Best Nightlife’ lists, but that says more about the makers of those lists than this city. You can’t say that Sarajevo never sleeps but you can rest assured that the sleep is little more than the occasional nap in the bar toilets. Buckle in folks, buckle in.

featured
/sarajevo/board-room_167908v
The Baščaršija might not seem like the obvious spot for a skate shop, although anyone expecting Sarajevo to bow to assumptions is barking up the wrong tree. …
see more
Featured
Bars

Alipašina 19
featured
/sarajevo/Kino-Bosna_56005v
This theatre-cum-bar is ground zero for Sarajevo's alternative crowd and home to the cheapest beer in town. The bar is essentially just the lobby of an old …
see more
Featured
Bars

featured
/sarajevo/linea-m_167910v
We’re a little apprehensive to give this one away, but then again that is the whole point of these things, right? Linea M has a great location along the …
see more
Featured
International

Djulagina Cikma 8
featured
/sarajevo/Barhana_44436v
A longtime favourite of ours, Barhana is a Baščaršija institution for the modern age. With a charming location down a small cobbled alley (is there any other …
see more
Featured
Pubs

/sarajevo/birtija_167912v
Birtija has long been a second office of sorts for In Your Pocket, a friendly spot to freshen up in the afternoon or somewhere to get some work done in the …
see more
Pubs

/sarajevo/brew-imperial-society_167913v
Beware that happy hour. The beers on offer at Brew Imperial Society are glorious brews, magnificent beers from all over the place, but they can be pretty darn …
see more
Pubs

/sarajevo/gastro-pub-vucko_167911v
We’re simple folk at In Your Pocket, and anything Vučko-related is going to get us intrigued. Throw in a sizeable beer list and a convivial atmosphere, and …
see more
Bars

/sarajevo/pink-houdini_167909v
Where to begin? Pink Houdini is an incredibly friendly jazz and blues bar in an old basement, a dark joint with frequent live music and an interior that is all …
see more

11 Restaurants and Cafes That Our Editor Will Be Gluttonously Embracing Once This Godforsaken Lockdown is Over feature
Vegan and Vegetarian Eating in Bosnia & Herzegovina feature
A Trailblazer, A Hero, A Diplomatic Genius — The Life of Ban Kulin feature
see more
This site uses cookies. By continuing to browse the site, you are agreeing to our use of cookies. Find out more here. AGREE
Countries
Top