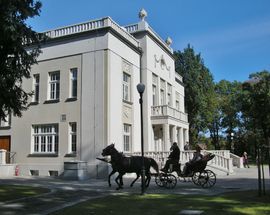 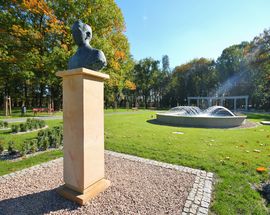 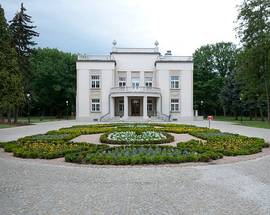 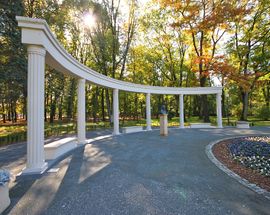 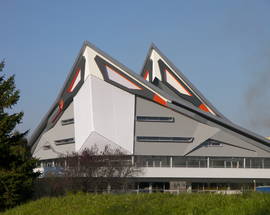 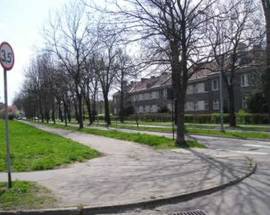 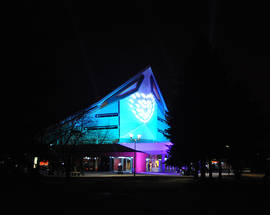 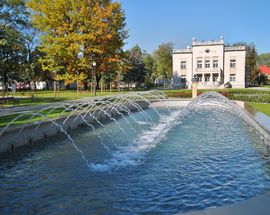 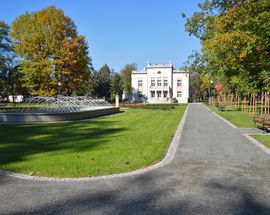 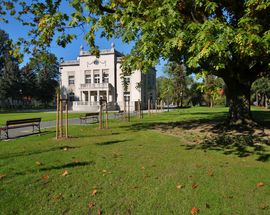 In addition to Tarnów’s Old Town, the nearby suburb of Mościce may also hold some intrigue for visitors. Four kilometres west from Tarnów’s market square on the other side of the Biała River, Mościce was built in the 1920s as a residential area for employees of the Nitrogen Works (presently called ‘Azoty Tarnów’) – still one of the largest nitrate factories in Europe. The district acquired its name from Ignacy Mościcki, a Polish chemist who patented the industrial production of nitrogen and nitric acid, initiated the construction of the Nitrogen Works, and was President of the Republic of Poland in the interwar years of 1926-39. As a result, the name Mościce wasn’t officially used for the area during the communist era because of its connotations with Polish independence.

Ironically, the industrial district of Mościce is also known as Tarnów’s ‘Garden District’ thanks to its many trees, gardens and beltways of park. When the area was laid out in the ‘20s, dozens of trees were planted along its short, narrow streets to help diffuse the odour of nitrogen in the air. The prewar area west of ul. Czerwonych Klonów (one of Mościce’s main streets) is particularly green and picturesque with buildings in the style of 19th century manor houses surrounded by gardens. The entire residential district has been added to Tarnów’s list of historical monuments and is ideal for a stroll, particularly in the autumn.

East of ul. Czerwonych Klonów is Mościce’s more modern district characterised by taller residential buildings, including the renovated 8-story Cristal Park Hotel. Next door is the Mościce Arts Centre (ul. Traugutta 1), host to a cinema and art gallery, as well as frequent concerts and other events. Mościce is also Tarnów’s sports district thanks to its large sports complex with an indoor pool and playing fields, plus the Unia Tarnów speedway track.

In 1951 the suburban village was officially incorporated into Tarnów and today has a population of about 10,000, formerly among them the world famous artist Wilhelm Sasnal who was raised in Mościce. For more info, including a walking tour of the area's highlights, pick up the handy brochure '120 minutes in Tarnów-Mościce' from the Tourist Information Office on the market square. To get there, hop on bus 9 at "Mickiewicza - Poczta," getting off at "Mościce - Plac."

ul. Krakowska 113
EDITOR'S PICK
/tarnow/trzech-kumpli-shop_168100v
Moving from Mościce (the neighbourhood the 'three friends' grew up in together) to a much larger location in a modern building a few blocks south of the train station, is further evidence of Trzech Kumpli's continuing rise. Although it's not a fancy brew
see more
Editor's pick

ul. Traugutta 1
EDITOR'S PICK
/tarnow/moscice-arts-centre_95878v
This modern building 5 kilometres west of Tarnów's downtown is the largest and most active cultural centre in the area; it hosts the Kino Milleniu
see more
Editor's pick

ul. Traugutta 5 (Cristal Park Hotel, Mościce)
/tarnow/cristalino-kuchnia-i-wino_99635v
One of the finest restaurants in the region, the newly renamed Cristalino Kuchnia i Wino (Cristalino Kitchen & Wine) was named one of Poland's 100 Best Restaurants 2018. No kidding. With a regularly changing seasonal menu to suit all tastes, this hote
see more

ul. Traugutta 1
/tarnow/kino-millenium_95879v
With two theatres - one accommodating 580 moviegoers, the other 106 - showing the latest in independent cinema, this movie house is only part of what's on offer at the modern Moś
see more

ul. Zbylitowska 3 (Mościce)
/tarnow/unia-tarnow-speedway_96053v
The quite popular Unia Tarnów speedway team holds home races at this track in the Mościce district west of the Old Town. The track
see more