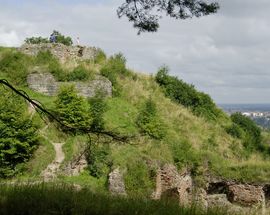 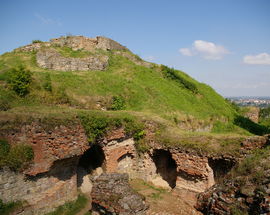 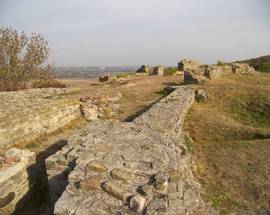 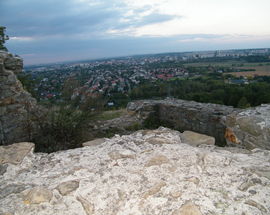 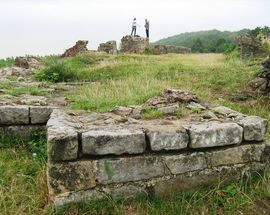 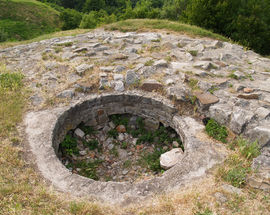 This 384 metre hill on the southern end of Tarnów is considered the northernmost point of the Carpathian Mountains and is a favourite recreation point for locals. It was here that the Tarnowski Castle, first completed in 1331, stood for many centuries. The castle had its heyday during the reign of hetman Jan Tarnowski who adapted it into a Renaissance-style palace in the 16th century. However, after the hetman's son died childless in 1567 - a mere six years after his own death - the castle began to fall into disrepair and was abandoned by 1723. Today all that remains are ruins, however they serve as a popular hiking destination for locals who enjoy the panoramic views of Tarnów's Old Town (climb at your own risk, it's particularly dicey in bad weather). En route to the top you'll pass Podzamcze restaurant - a perfectly decent dining option, and also a recreation centre with a running park and two large outdoor swimming pools (summer only). On the eastern side of St. Martin's Hill, about a 15 minute walk from the castle ruins and easy to find next to a tall TV transmitter, stands one of Tarnów's three wooden churches: St. Martin's. Built in Gothic style in the 15th century, it stands on the site of Tarnów's first parish, established in the 12th century. Only 2km from the city centre, St. Martin's Hill is popular with mountain bikers, while others enjoy the scenic walk. To get there with minimal effort you can take a cab for about 15zł (call +48 601 519 919), or catch bus 31, getting off at 'Góra Św. Marcina' 10mins later.

Al. Tarnowskich 75 (Zabłocie)
/tarnow/podzamcze_87248v
Located on St. Martin's Hill beneath the castle ruins, this is a great location, though its 2km distance from the centre means you may want t
see more

ul. Zawada 47
/tarnow/st-martins-church_153393v
One of three wooden churches in the immediate area of Tarnów, St. Martin's stands atop the hill of the same name overlooking the city, not far from the ruins of Tarnowski Castle. It was here that Tarnów's first Catholic parish was established way back
see more