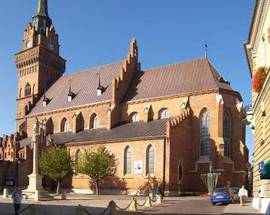 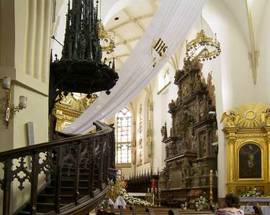 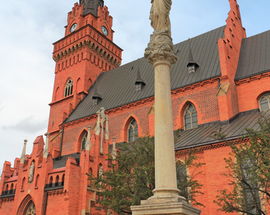 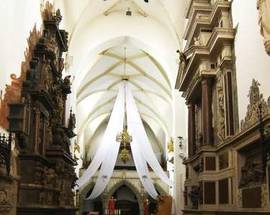 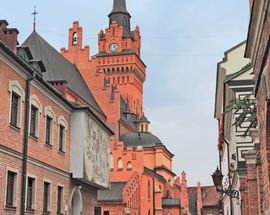 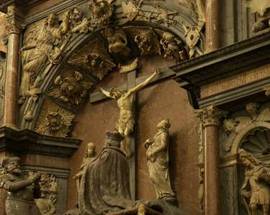 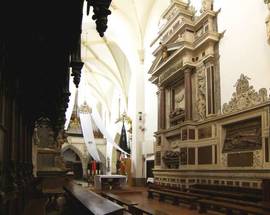 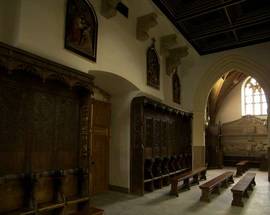 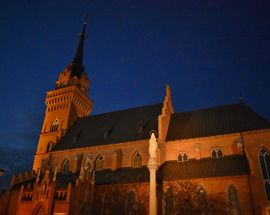 Dating from the 14th century with major additions and rebuilds in the 15th and 19th centuries, the Neo-Gothic Cathedral of the Nativity of the Virgin Mary, just northwest of the Rynek and one of the oldest brick buildings in the city, must rate as one of the most impressive parish churches in Poland. Of note is the 16th-century portal, the impressive several-metre-long monuments to the Tarnowski and Ostrogski families, a number of extraordinary paintings and the impressive, 72-metre tower, a handy point of reference when getting lost in one of Tarnów's many rambling back streets. Some nice recent additions are also evident, including the fabulously ornate sculpted metal doors on the southern side of the building, and a large monument of Pope John Paul II outside the entrance.

Pl. Katedralny
/tarnow/john-paul-ii_96040v
Heard of this guy? One of hundreds of statues of the first Polish Pope across the country (including at least four in Tarnów), this large monument in front of Ta
see more