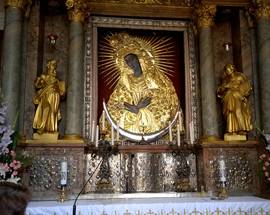 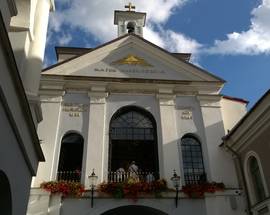 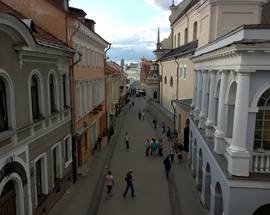 Completed in 1522, the Gates of Dawn—or Sharp Gate (Ostra Brama) as it’s known to the Poles—is the only remaining gate from the city’s original defensive walls. As was common at the time, an image of the Virgin Mary was placed above all gates to protect the city. The current image, known as The Blessed Virgin Mary Mother of Mercy, was painted on eight pieces of oak in around 1630 by an unknown artist, was embellished with gold and silver about 40 years later, housed inside a purpose-built chapel above the gate in 1706 and is believed to have magical healing powers. Interestingly, the site is revered by both the Catholic and Orthodox faiths and is such an important part of the city’s cultural heritage that it remained open throughout the Soviet occupation. The chapel is open to the public and is accessed via a small door on the left as you’re walking up the hill.

12.04.2019
Celia Rose
Vilnius
Worth going just to watch the old dears crossing themselves as they walk by. Not that there is anything wrong with that, of course...
Take your guide with you Download a pdf