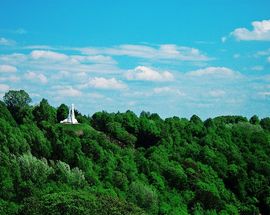 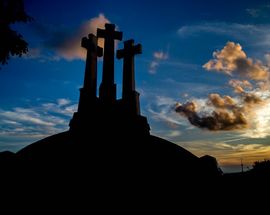 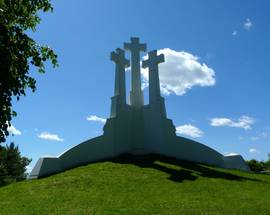 Legend has it that long ago seven Franciscan monks were crucified here. Originally erected in the 17th century, Stalin had the crosses removed and buried, and only in 1989 were they rebuilt according to the original plans. The crosses are a great symbol of both Lithuanian mourning and hope. An excellent view of Old Town is also to be found at this spot.

Very Beautiful place :)
Take your guide with you Download a pdf