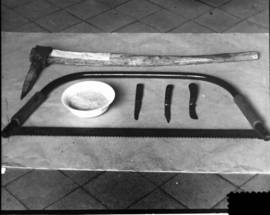 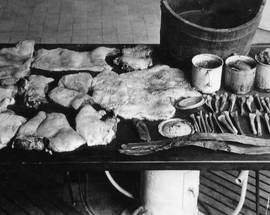 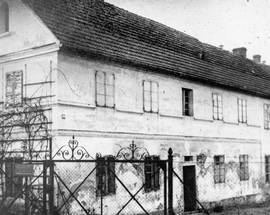 Born August 12th 1870 in an unknown Lower Silesian village, not much of Karl Denke’s early life has been recorded aside from the fact that he was a terrible student and ran away from home at age 12. 25 years old when his father died, Karl used the inheritance to buy property in the small town of Münsterberg - today known as Ziębice - about 60km south of Wrocław.

In Münsterberg, Karl was known as a generous, caring and devout local citizen, even referred to by some as ‘Vater Denke’ or Father Denke. He carried the cross at Evangelist funerals and played the organ during church services. Despite living a lower middle-class lifestyle, he helped beggars and travellers, giving them a place to stay if they were in need. He didn’t drink alcohol and he wasn’t known to have relationships with women.

Like many in Germany after WWI, however, he lost his savings due to rampant inflation and was forced to also sell his house, though he continued to rent an apartment in the building on the ground floor. Well-liked and respected around town, Denke regularly sold suspenders, belts, shoelaces and other leather goods in the local market and sometimes even door to door. He also frequently travelled to Breslau (now Wrocław), where he was licensed by the Butchers Guild to sell pork in the city’s markets - all of it boneless, pickled and in jars. It was a time of crisis and his goods were popular, allowing him to maintain a decent enough living.

By now you can probably guess where this is going. Denke’s double life unraveled quickly when on December 21st, 1924 a vagrant appeared at the Münsterberg police station covered in blood, claiming he had barely escaped from Father Denke’s apartment with his life. Police were loath to believe the unknown beggar, but a brief medical examination revealed that he had sustained a serious head wound, corroborating his story that he had been attacked with an axe. Police went to question Denke, who explained that he had indeed attacked the vagrant as the man was attempting to rob him after receiving a handout. Denke was taken to the police station and put in a holding cell for the night, only to be found dead when an officer went to look in on him later that same night. He had hung himself with a small handkerchief.

It was not until the corpse had been turned over to relatives and the police went to Denke’s apartment to secure his belongings on Christmas Eve that the people of Münsterberg discovered exactly what kind of man had been living among them. What authorities discovered inside was essentially a meat processing shop that lab tests would later confirm was full of human remains, including hundreds of bones, stretched and dehydrated human skin, tubs of fat, jars of meat pickling in brine, and a closet full of blood-stained clothing, as well as the tools for the work, including equipment for making soap. Dozens of documents and identification papers were also found, including Denke’s own extensive ledgers detailing his work, from which authorities were able to positively identify the names of 20 victims – most of them recently released from prisons and hospitals. Based on all the evidence found in Denke’s apartment, it is believed that the formerly high-standing citizen was actually responsible for murdering, dismembering, pickling and processing more than 40 people in a rather short span of 3-4 years. Needless to say, despite the holiday, there was a dip in pork sales in Breslau that Christmas.