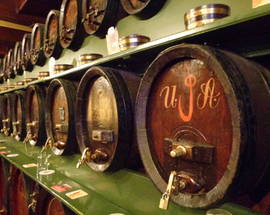 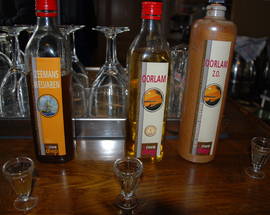 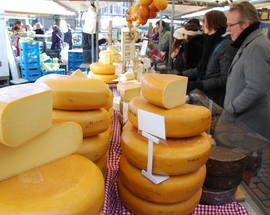 Michael Caine perhaps said it best in the third installment of the Austin Powers film trilogy when he said: ‘There are two kinds of people I can't stand in this world. People who are intolerant of other people's cultures, and the Dutch.’ To be honest most of the derogatory expressions we hear from time to time like Dutch courage, Dutch treat, Dutch uncle, Dutch comfort, etc. have their origins in the distant past when Britain and the Netherlands fought one another for colonies and spice routes. Dutch courage either implies that the Dutch need to get drunk to show some backbone or it could also be a reference to the Dutch national drink, jenever, which became popular across the sea as gin. Going Dutch is even better known and implies that the Dutch are a cheap lot. Obviously, we refuse to believe in such antiquated stereotypes and hardly think that the Dutch are a stingy lot of deep-fried food gulping, jenever swilling, French fry munching, liquorice chewing, cheese swallowing tightwads.
Jenever bars

Gravenstraat 18
/Amsterdam/De-Drie-Fleschjes_93520v
Ancient black bottles of Bols the size of basketballs collect dust behind the bar, a lit candle deposits layers of wax on top of a ceramic beer tap and jenever …
see more
Jenever bars

Sint Olofspoort 1
/Amsterdam/Proeflokaal-De-Ooievaar_93518v
On the modern nightlife front this tiny one-room bar in the Red Light district can hardly compete with neighbouring sports bars and coffeeshops. It offers no …
see more
Jenever bars

Flevopark 13
featured
/Amsterdam/t-Nieuwe-Diep-Distillery_96627v
Located in a renovated pumping station on the water near the entrance to the Flevopark, this small distillery is partly owned by former archaeologist Kees …
see more
Featured